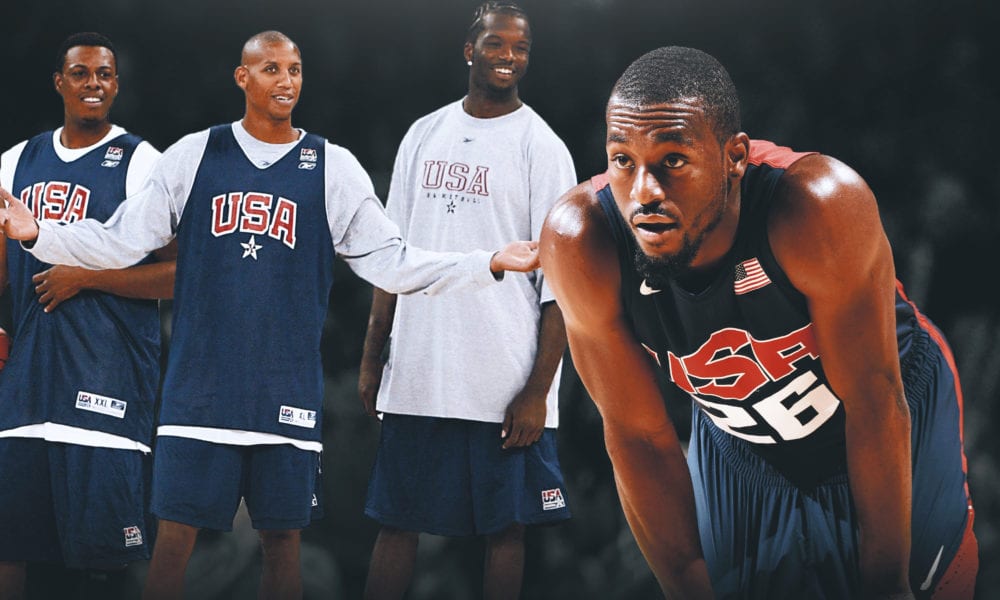 After working so hard to recover from a demise which stretched across every major tournament between the Sydney and Beijing Olympics, Team USA is falling into the same trap that led to its initial downfall.

One of the most glaring problems the national team faced during those grim years was its best players becoming increasingly reluctant to suit up.

For many of them, representing their country had become more of a chore than an honour.

Now, on the back of a memorable resurgence which was first sparked by the Redeem Team in 2008, USA Basketball is once again veering in a worrying direction.

Everyone else wants to skip ahead to next year’s Olympics without laying the foundations at the World Cup first.

This is not what a healthy national program looks like.

In many ways, Team USA is exactly where it was in 2002, when a dominant run on the world stage was followed by general complacency, a widespread lack of interest, and the country’s best players pulling out left and right.

That led to a depleted and disjointed American team finishing the 2002 World Championship in sixth place, an abysmal result for a nation with far more talent than the rest of the world combined.

Part of his plan was to hammer home the importance of representing the United States to the country’s best players.

Colangelo also worked to secure extended commitments from players to ensure elite talent wouldn’t solely show up right before the Olympics and then disappear for another four years.

The whole process was painstaking but transformative, leading to a complete culture shift, the return of the best players in the game, and gold medals in every major tournament since.

So, what happened to that burning passion to represent the United States?

What happened to that patriotism?

These were the crucial pillars of Team USA’s rebuild.

American players have never perceived the World Cup to be the pinnacle of international basketball, but when you consider the starpower the US was still able to send to the past three World Cups, that sentiment has clearly since grown to a problematic extent.

Does Team USA really need to get exposed at several major tournaments before the best American players start to care again?

That is specifically what Colangelo worked so hard to prevent.

If only the players would learn the lessons of the past and represent their country before the American basketball empire needlessly falls once more.