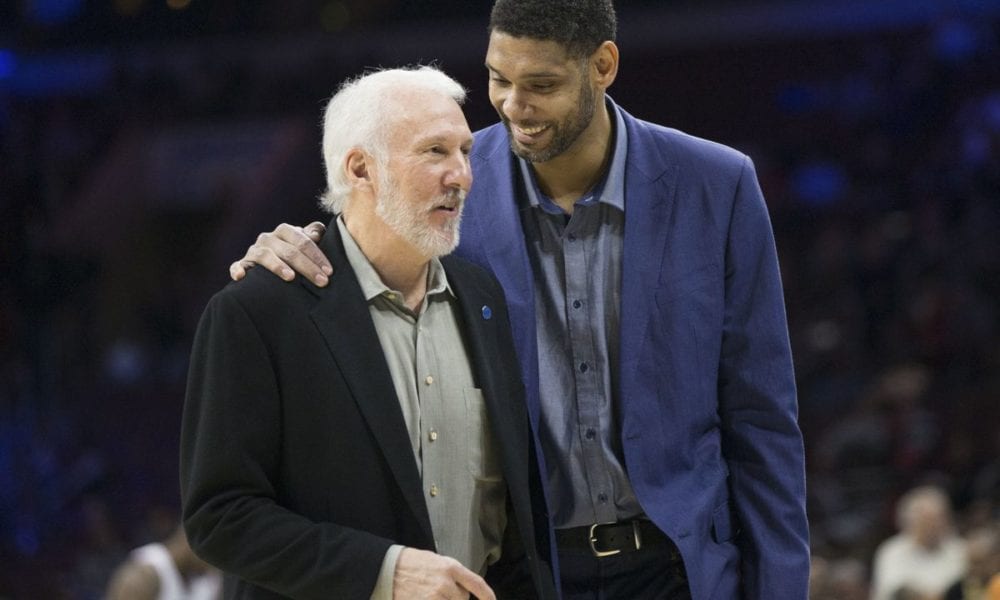 There are so many glorious things about Tim Duncan unexpectedly returning to San Antonio as an assistant coach, but nothing beats the gems hidden in the Spurs’ press release that broke the news.

For starters, just look at how they described the greatest power forward of all-time:

“Duncan, a 1997 Wake Forest graduate, played 19 seasons with the Spurs before retiring in the summer of 2016.”

Pop always said he treated Duncan like any other guy in practice and the team’s PR staff have hilariously adopted the same strategy.

Better still, the release didn’t even lead with Duncan.

That honour went to fellow freshly-announced assistant Will Hardy.

Just to top things off, there was also Pop’s classic quote (which you’ve probably seen by now):

“It is only fitting, that after I served loyally for 19 years as Tim Duncan’s assistant, that he returns the favour.”

Someone needs to print this thing and put it in a museum so that future generations understand what made the Spurs’ culture so damn amazing.

The NBA is investigating the timing of some of the earliest player signings after owners and agents voiced concern with how free agency went down.