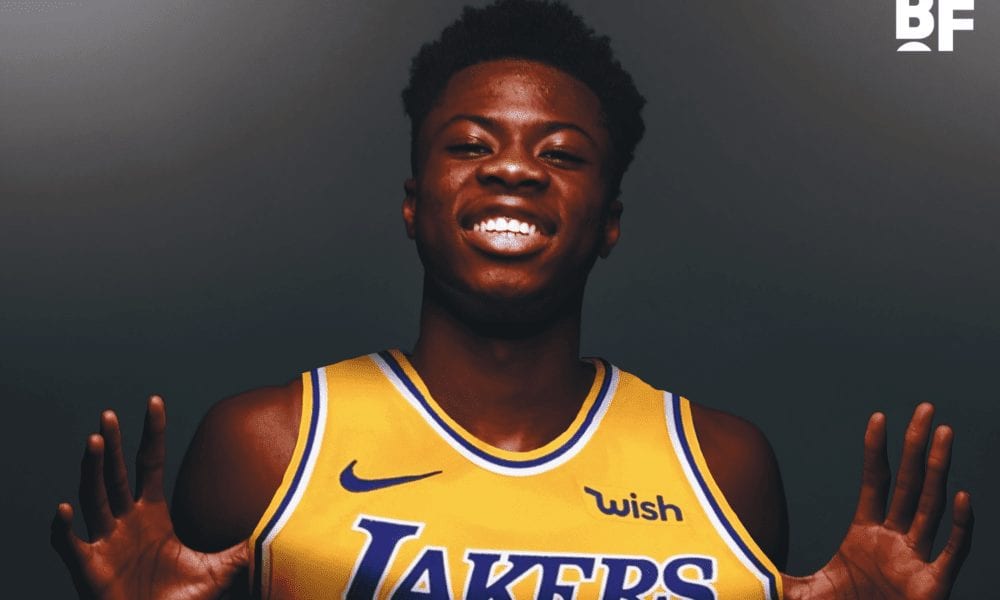 Now that the Lakers have claimed Kostas Antetokounmpo off waivers, you probably have some questions about Giannis’ younger brother.

Is he any good?

Where does he fit into the Antetokounmpo brother power rankings?

Did the Lakers sign him just to gain favour with Giannis ahead of his 2021 free agency?

Well, we’ve got you covered with this comprehensive crash course on the Lakers’ latest addition.

So, which one is Kostas again?

Kostas is a 6’10 power forward and was on Dallas’ roster last season after being selected with the 60th pick in the 2018 draft.

How did he go in Dallas?

Antetokounmpo only played 10 minutes across two games last season, having spent most of his time in the G-League.

After playing just one season in college, he is still quite raw and very much a work in progress.

A lot of Kostas’ value is at the defensive end, where his length, agility and instincts allow him to switch quickly and defend the rim.

He is quite versatile, fits well in the modern NBA as a result, and also has experiencing anchoring a defence.

Antetokounmpo is a rim runner on offence but has also shown flashes as a passer and ball handler.

Early signs suggest the speed and physicality of the NBA will be a major adjustment for Antetokounmpo.

So far, he hasn’t played with enough physicality or aggression at either end despite his physical tools.

He will also need to get smarter, especially when it comes to guarding pick and rolls, playing his role within a team defence and generally knowing where to be on the floor.

Despite having an athletic frame, he gets pushed around at times and would certainly benefit from a Giannis-esque physical transformation (then again, who wouldn’t?).

Is he any good then?

The jury is still out.

It’s early days and we haven’t seen him in high level competition much.

No one thinks Kostas is the next Giannis, but he certainly has the potential to be better than the 60th pick suggests.

Did the Lakers sign him to gain favour with Giannis?

You bet your boots they did.

This sort of thing happens in the NBA all the time.

Who could forget the Wizards hiring Kevin Durant’s old high school assistant or the Knicks hiring his best friend Royal Ivey for that matter?

This isn’t to say the Lakers don’t think Antetokounmpo has any potential at all, but it would be naive to think his family ties – and Giannis’ upcoming free agency – had nothing to do with this move.

But here’s hoping Kostas has one hell of a career anyway.