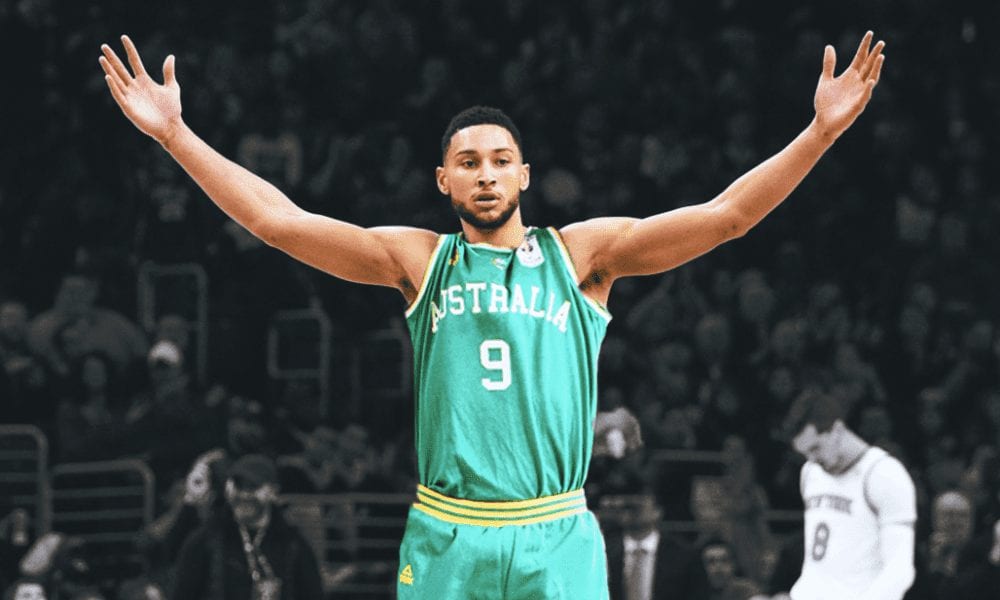 Until recently, Ben Simmons had committed to playing for Australia in 2019.

And today, at least in one sense, he has recommitted.

It’s been an emotional roller coaster for Aussie hoops fans.

As recently as yesterday it appeared Simmons would not only miss the World Cup, but also Australia’s two wildly hyped warmup games against Team USA in his hometown of Melbourne.

That was because renowned agent and noted bearer of bad news Rich Paul had told Adrian Wojnarowski that Simmons was “doubtful” to play in the World Cup.

While Paul never explicitly ruled out the Australian-based warmup games, it was a fair assumption to make considering they were directly linked with the World Cup itself, not to mention Paul’s apparent distaste for international competition.

So with close to 100,000 tickets sold for a two-part event that was billed as “Simmons vs USA” and an entire country absolutely buzzing for 18 months in the lead up, the nationwide disappointment that followed Simmons’s World Cup withdrawal was palpable.

Thankfully, Simmons and Paul have since made things right, with the young star announcing on Wednesday (Australian time) that he will still play against Team USA in Melbourne, and against Canada in Perth.

He also confirmed that he is locked in for the Tokyo Olympics in 2020.

It’s hard to begrudge Simmons skipping the World Cup when he has just made a $170M commitment to the 76ers, especially because he clearly cares about playing for his country and understands the gravity of the games against Team USA.

It’s not a perfect outcome, but it’s a very good compromise.

Kevin Durant told the Nets he chose to play for them because he loves the way the team plays, according to general manager Sean Marks.

Brandon Ingram says he is close to resuming regular workouts as he continues to recover from surgery to address a blood clot in his right arm.

Zion Williamson isn’t fat but Joel Embiid definitely is, according to Charles Barkley.

Giannis Antetokounmpo is the early favourite to win MVP next season.

Space Jam 2 has replaced its director (the lesson here, as always, is obviously that no one’s job is ever safe around LeBron).

Could Big Baller Brand be about to meet its demise?

Get the Daily Wrap delivered straight to your inbox.