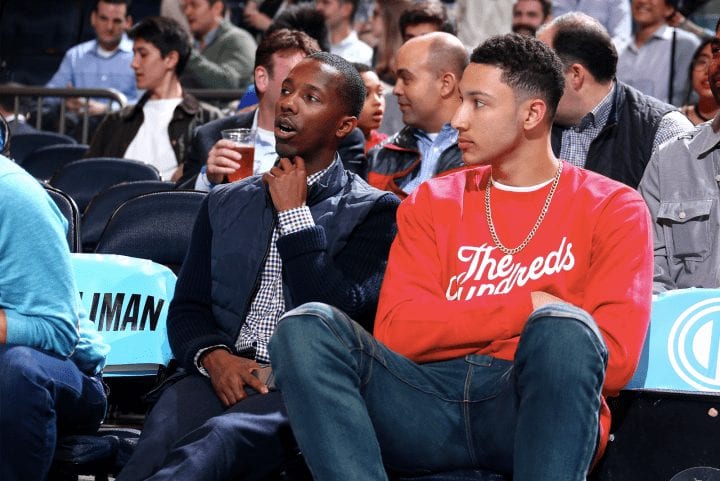 Two months ago, Ben Simmons made an announcement that sent an entire country into a frenzy.

Despite the common assumption that Simmons would wait until the Olympics to play for his country, the Aussie All-Star tweeted that he would in fact represent the Australian Boomers at the FIBA World Cup in September.

The announcement was an even bigger deal for Australians because the Boomers are scheduled to play two World Cup warmup games against Team USA at Melbourne’s 50,000 seat Marvel Stadium.

It will be the biggest basketball event to take place on Australian soil, but questions surrounding the availability of hometown hero Simmons have lingered over this thing since it was announced almost 18 months ago.

Now, long after Simmons made his announcement and followed it with a video of himself wearing an Australia jersey, Rich Paul is here to ruin everyone’s fun, telling Adrian Wojnarowski on the weekend that Simmons was “doubtful” to feature in international competition at all this year.

Paul is a businessman and Simmons was negotiating a five-year, $170M max contract extension at the time, while Davis has just one year left before he can secure mega-money.

In that regard, the World Cup has come at the worst possible time.

But that doesn’t make any of this easier to hear for fans who paid enormous sums of money for tickets after being a sold a dream which featured Simmons and Davis.

The one consolation here is that at least the only two A+ superstars who remain committed, James Harden and Damian Lillard, aren’t clients of Paul’s.

The player ratings for NBA 2K20 are here.

In other JR Smith news, he is unlikely to reunite with LeBron James in LA.

The NBA has fined Mark Cuban $50,000 after he admitted to leaking information from a recent Board of Governors meeting.

The NBA also fined Rockets owner Tilman Fertitta $25,000 for commenting on the Russell Westbrook trade before it was official (what a day for NBA fine revenue).

Please enjoy this video of Giannis Antetokounmpo attempting to hit a baseball.