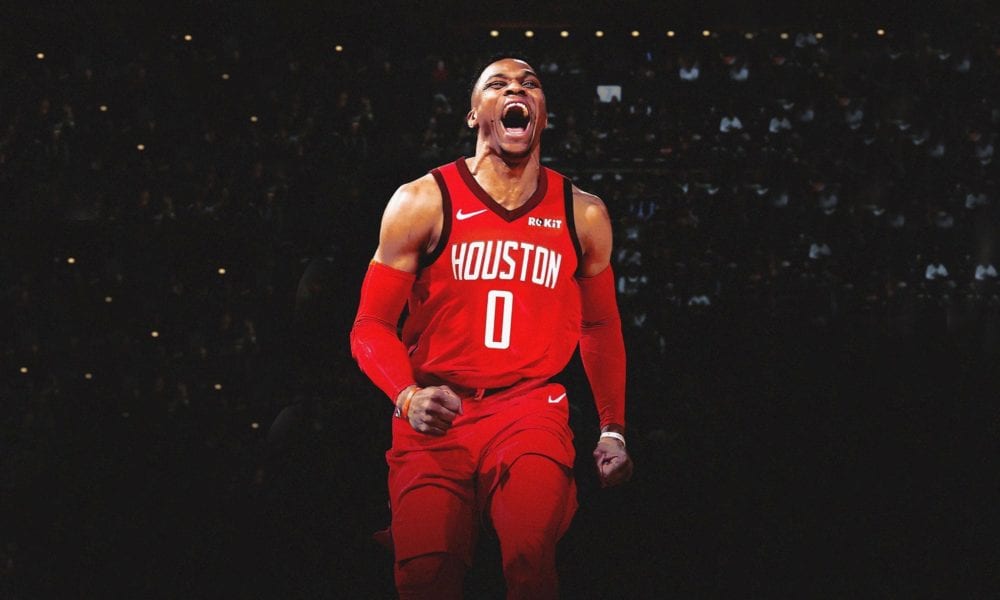 Does this league ever take a day off!?

In the latest of a long line of bombshells, Russell Westbrook is heading to Houston.

So, how exactly is this going to work?

It might be hard to picture Westbrook sharing the same backcourt as James Harden, but Harden has previously stated he would be prepared to change his game and Westbrook has also shown an increased willingness to fight his natural urges to shoot first and ask questions later.

Last season Russ happily posted his lowest usage rate since 2010, a conscious effort to enable Paul George’s luminescent season (a favour George repaid by sparking the immediate implosion of the only team Westbrook had ever known.).

Considering he shot 29 percent from deep last season and still hoisted far too many ill-advised jumpers, Russ taking a job at the Rockets may seem like a cocaine addict taking a job on Wall Street.

But Houston is all about scoring in the most efficient ways possible, not just shooting threes, and the hope is that this approach rubs off on Westbrook.

The Rockets will at least go some way to stamping out his nasty mid-range attempts and long twos.

Mike D’Antoni is an excellent offensive coach, while Billy Donovan’s general lack of creativity and imagination at that end of the floor brought out the worst in his star point guard.

It also helps that Russ will be surrounded by shooters, something he sorely lacked (and needed) in OKC.

The cherry on top here is the fact that these two superstars genuinely like each other.

By all reports, Harden and Paul never shared the same bond and CP3 is a notoriously grating personality.

Even if Houston’s Westbrook experiment doesn’t work out, their system should still enhance his value, and from there they will be working with a much more valuable trade chip than they had in Paul.

They gave up a couple of first rounders for the privilege, but the ever-competitive Rockets see little use for first-rounders outside of including them in trades for stars like Westbrook.

With the league suddenly wide-open and Harden at the peak of his powers while also approaching 30, the Rockets had to find a way to remain in contention.

And at this point of the summer, this was their best chance to do so.

There are clearly a lot of potential complications associated with their plan, but the Brodie/Beard combination at least has a lot more going for it than most people realise.