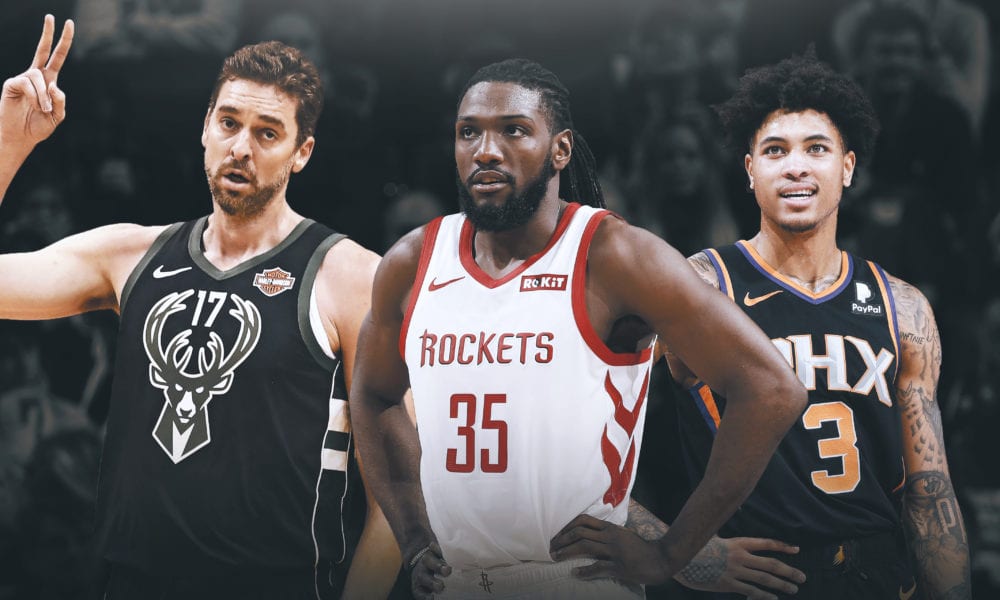 With so much free agency action going down moments after Adam Silver fired the starter’s pistol, teams will have to scour the market carefully to find value buys at this point.

But that isn’t to say there’s no one out there.

Let’s take a look at the best players left on the market.

After showing flashes during an inconsistent three and a half years in Washington, Oubre started to find his groove with the Suns.

The former Jayhawk averaged 17 points per game on 45 percent shooting in 40 games with Phoenix (and those stats will obviously only get better if and when he brings back the Supreme sleeve).

At just 23-year-of-age, he still has the chance to become a legitimate starter.

The Suns, meanwhile, are expected to match any offers Oubre receives, within reason.

Faried enjoyed a mini renaissance when he finally found a team willing to give him an opportunity last season.

It helped that the Rockets’ style suited his game, as he slotted into the Clint Capela role and averaged 13 points and eight rebounds in 24 minutes per night.

Sefolosha is a rock-solid defensive guard who will like be picked up soon.

He averaged one steal last year in just 12 minutes per game, while adding four points and three rebounds.

There were whispers that Nene might announce his retirement at some point during the summer, but it now appears the big man is preparing for another season.

He averaged just 13 minutes in 42 games last season, but can still be effective around the rim on both ends in short bursts.

Nene will be 37 before the season begins, but he could still make sense for a contender looking for a complimentary piece.

Diallo’s combination of youth, energy and efficiency (62% FG) will land him a contract somewhere before long.

Gasol was only able to offer 30 games and 4 points per game in 12 minutes last year, with injuries really derailing his season.

It’s unlikely the big Spaniard wants to end his career that way, and the hope is that a clean bill of health will allow him to have a bounce-back season and the dignified retirement he deserves.

After playing relatively well two years ago, Lyles was disappointing in 2018-19, in part due to struggling with hamstring issues.

But the former Kentucky standout still has potential as a rebounding, floor spacing big man, especially if he can get back to shooting 38 percent from three.

McCaw is a solid guard who knows what it takes to play on a championship team.

Three of them in fact.

Stauskas hit 40 percent from distance last year and elite shooters will always have a place in the NBA (except for Jimmer maybe).

There are clearly a lot of issues when it comes to fitting 35-year-old Melo into a modern team framework.

But he still makes the top 10 based on raw talent alone.

Go on, Lakers, you know you want him.

Every other free agent

In no particular order:

Related Article:  5 Reasons Why The Clippers Will Be Better Than The Lakers