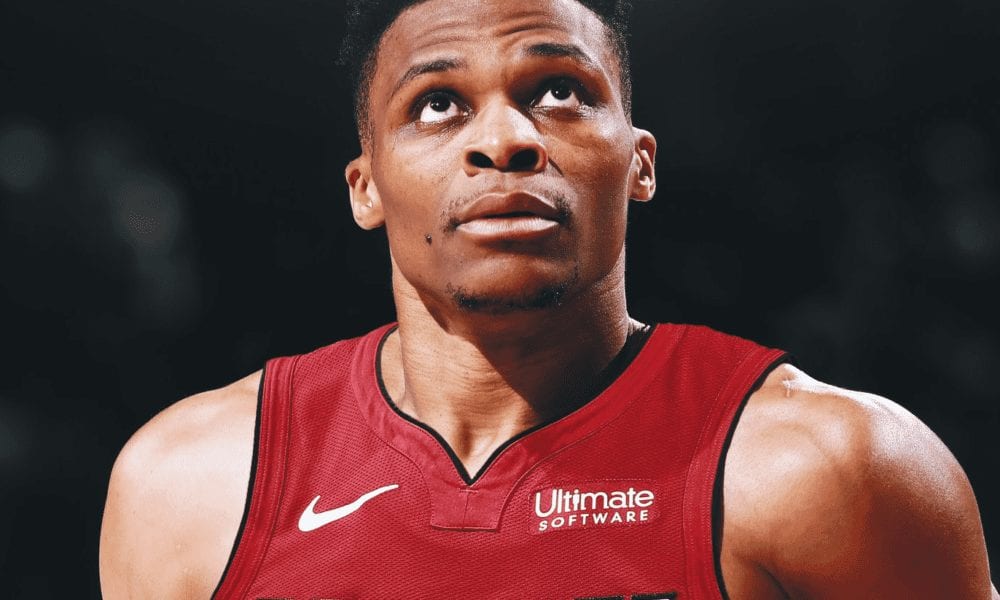 Russell Westbrook’s days in Oklahoma City are limited, and Miami certainly seems to be his most likely destination.

Both Westbrook and the Heat are interested in exploring a deal, according to Adrian Wojnarowski.

But even before Woj’s report dropped, all the signs were there.

Miami have long shown they are in the business of acquiring stars above all else, and at all costs.

Pat Riley is rarely interested in a slow, grinding rebuild (he really is the anti-Hinkie).

The Heat also have no problem with paying luxury tax, which certainly helps pulling the trigger on paying Westbrook and Jimmy Butler a combined $312M over four years.

The one problem Miami could have is a lack of draft picks.

They certainly aren’t in a position to offer anywhere near the collection of picks the Clippers did for Paul George.

But the Thunder are at least expected to do the right thing by Westbrook and send him somewhere he actually wants to go after he busted his balls (and body) for the franchise for 11 years.

Of course, you also shouldn’t be surprised if the Knicks sense the availability of a battered 30-year-old heading for a rapid decline with $170M left on his contract and snatch him up first.

It looks like McCaw’s perfect championship streak is finally about to end.

The Thunder allowed Burks to reconsider his deal with Paul George shipped out of town and Russell Westbrook likely to follow.

Bradley has now crossed enemy lines between the Celtics and Lakers, as well as the Clippers and Lakers.

Thanasis averaged 4.2 points in the Euroleague last season and is not an NBA player. But that’s clearly beside the point as far as the Bucks are concerned.

Parker has now been a member of four teams in just over 12 months.

Related Article:  5 Reasons Why The Clippers Will Be Better Than The Lakers
-->