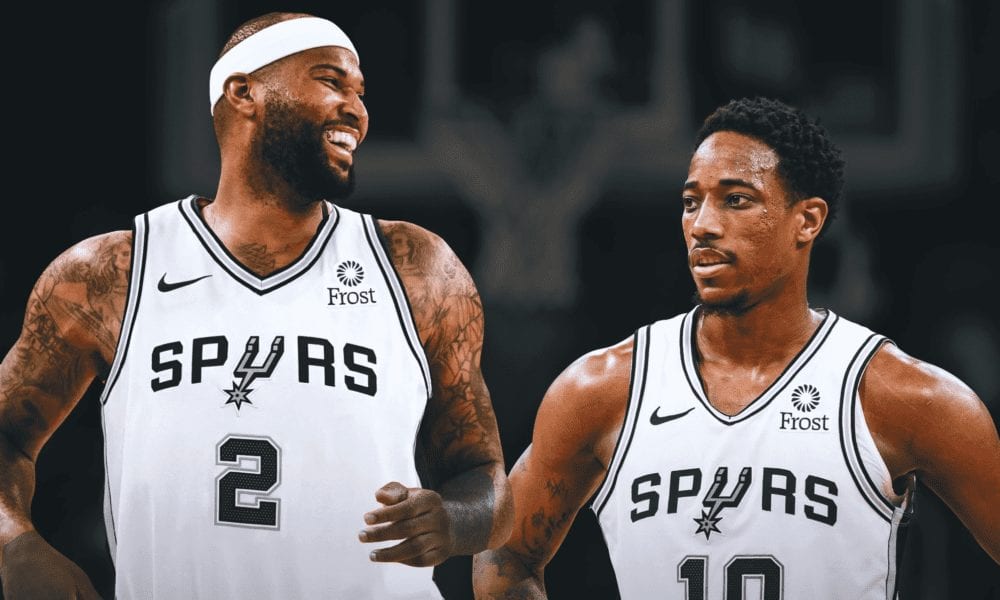 For anyone still holding onto their DeMarcus Cousins stock, these are grim times.

After tearing an Achilles (and a quad) and then struggling in the Finals, Boogie is still on the market.

Not only is he without a team, but there is very little light at the end of the tunnel.

Earlier this week Adrian Wojnarowski reported there was no market for Cousins at all.

Even Boban Marjanovic, Noah Vonleh and Anthony Tolliver were offered contracts before him.

So, what happens now?

Cousins has been in touch with DeMar DeRozan about potentially joining the Spurs, according to Shams Charania, but DeRozan doesn’t make the business decisions in San Antonio and Boogie isn’t exactly a model Spur.

They need to get whatever value they can from minimum contracts, and LeBron James and Anthony Davis would undoubtedly advocate for Cousins joining the team.

The Lakers could very well be Boogie’s last realistic option.

As for whether he will ever sign another contract above the minimum, that is a whole other story.