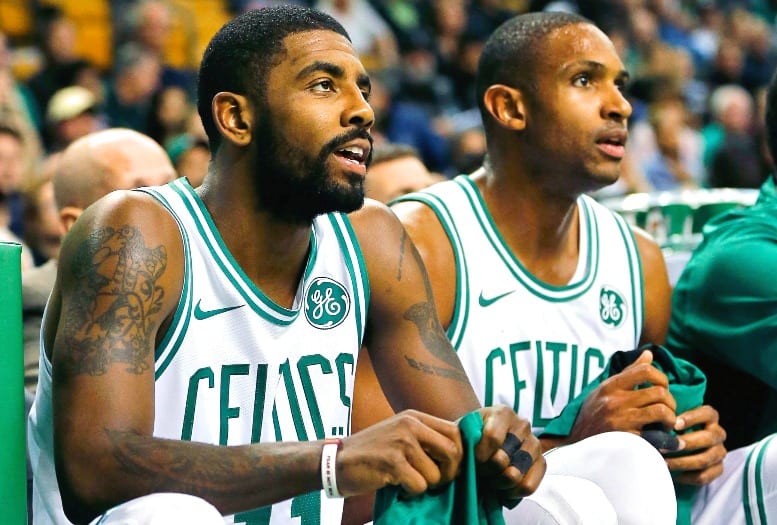 After stealing away every Nets pick for what felt like the rest of the century, the Celtics were feeling pretty good about themselves not long ago.

They turned their assets into one hell of a lineup, boasting a starting five littered with young stars.

After making last year’s Eastern Conference finals without Kyrie Irving or Gordon Hayward, most of us assumed they’d be a lock to come out of the East for years to come.

But Irving insisted on sabotaging the team’s chemistry, Gordon Hayward was a shell of himself, and the rest of the team just never clicked.

Now Boston is really staring down the barrel, with Irving likely heading to Brooklyn (of all teams) and Al Horford almost certainly on his way out too.

To make matters worse they also missed out on Anthony Davis after chasing him for years, their sworn enemies landing him instead.

They still have Jayson Tatum and Jaylen Brown, but man, the Celtics’ decade of dominance really does appear to be over before it even began.

The Rockers are expected to aggressively pursue Jimmy Butler, and not for the first time either.

The Knicks plan to sell Anthony Davis on joining them in 2020, having already had their free agency dreams crushed for this summer.

The Thunder have made Steven Adams, Andre Roberson and Dennis Schroeder available in an effort to shed salary and dodge the luxury tax.

Al Horford is already attracting all sorts of attention from the Lakers, Clippers and Mavs.

Khris Middleton is declining his $13M player option because he’s obviously worth a shitton more than that.

The Lakers plan on pulling out all the stops to create another max salary slot.

ESPN is all out on LaVar Ball after he was a total grub to First Take host Molly Qerim earlier this week.

The NBA will launch a virtual sports betting game next season.