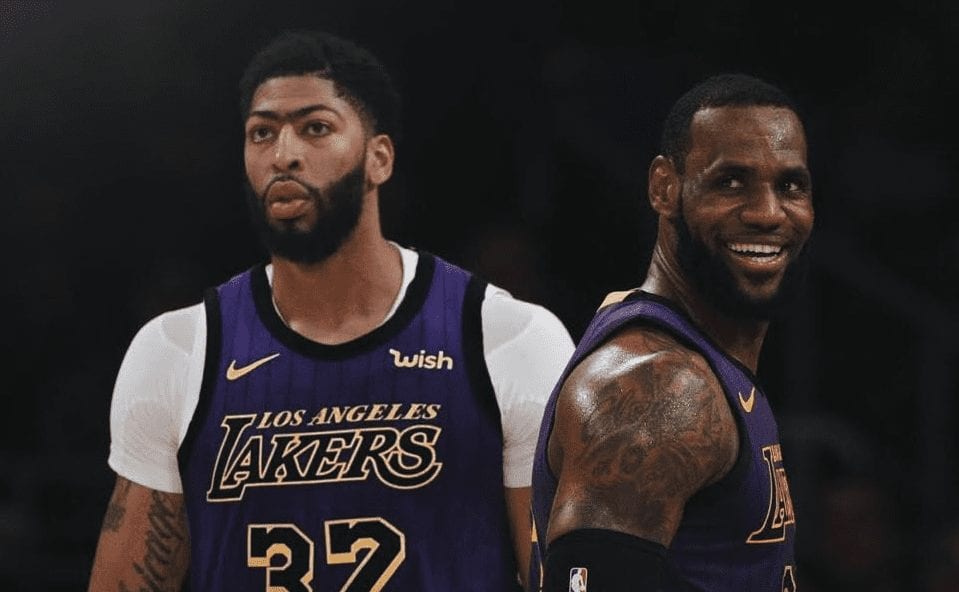 The Lakers’ front office hasn’t exactly been a shining example of excellence since Jerry Buss died, but even they realise that Lonzo Ball, Brandon Ingram, Josh Hart, the fourth overall pick and two more first rounders is a sizeable package.

They must have at least hesitated before trading just about every single valuable pick and young player they had.

But there’s reason to believe the events of the past few days motivated the Lakers to double down on Anthony Davis.

It’s been nine years since the NBA wasn’t at the mercy of an overwhelming superteam from either Golden State or Miami.

But with the abrupt medical implosion of the Warriors, the race for the title is suddenly as open as Draymond Green’s mouth during the national anthem.

And the chances are it will only open up more as the offseason progresses.

Even the Raptors could drop off the radar with some insiders still expecting Kawhi Leonard to sign with the Clippers in the coming weeks.

In Milwaukee, most of Giannis Antetokounmpo’s supporting cast are free agents, including his best teammate.

So… what other teams are even out there?

Name another squad that really scares you.

You can’t, and that’s exactly what pushed the Lakers force this deal over the line (along with pressure from LeBron of course) despite being faced with trading almost every valuable asset they had.

And if the Warriors didn’t quite give the Lakers all the motivation they needed to pull the trigger, perhaps it was the newly crowned champs who tipped them past the point of no return.

Some people will call you crazy when you risk it all for a player that can leave after a year, but the Raptors are living proof that sometimes that’s the best course of action.

Superstars are by far the rarest and most important piece to the championship puzzle.

Unless you have an outstanding young core that will eventually lead you to contention, you might as well adopt Toronto’s ‘get stars now, ask questions later’ mentality.

If you have the chance to acquire a top five player, you do it every single time, no matter the cost.

Especially when there’s no longer a superteam standing in your way.

Related Article:  How A Gutting Family Tragedy Made Kawhi Leonard Who He Is
-->