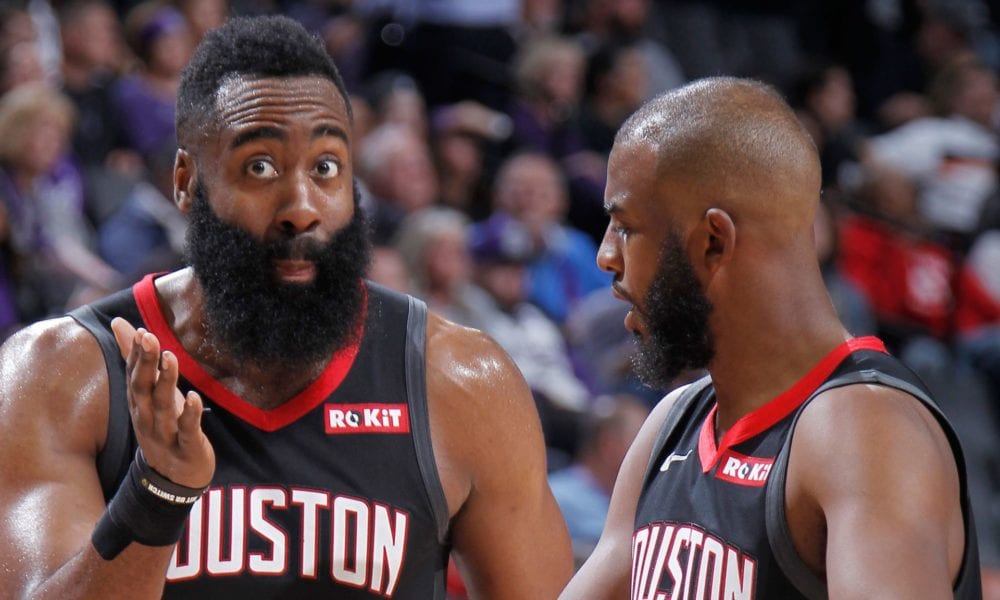 We all saw potential problems when the Rockets traded for Chris Paul in 2017, but most of us were focused on the wrong ones.

The prevailing narrative at the time was that Houston’s offence wouldn’t run smoothly with two ball dominant guards, and that signing a 33-year-old Paul to a four-year, $160 contract would be diabolical.

But the point of contention that’s really derailing the Rockets is the incompatibility of Paul and Harden’s personalities.

Paul is a chirpy, overbearing floor general who likes to micromanage his players.

Harden, meanwhile, is in his absolute prime and isn’t about to be told what to do.

The problem for Paul is that his game has declined, which heavily contributes to his word carrying less weight with Harden, something that was confirmed in a recent report from ESPN.

Now both players are ready to file for divorce, according to Yahoo Sports, with the Rockets teetering on the brink of collapse.

To make matters worse, all of this has happened right as Golden State opened the door for Houston to finally conquer the West.

Kyrie Irving is almost certainly shipping out of Boston and so is Al Horford.

The Lakers can forget about signing Kawhi Leonard if you ask Woj. The undisputed champ of NBA news breaking reckons this thing will be a fight to the death between the Clippers and Raptors.

The Hawks offered the Knicks the eighth and tenth picks in exchange for the third pick and the Knicks politely declined. To be fair to Atlanta, it’s always worth seeing if you can talk New York into doing something stupid.

The Pelicans are now considering trading their fourth overall pick for the Hawks’ eighth and tenth picks. In case you hadn’t picked this up already, the Hawks are desperate to move up the order.

The Pacers will make Ricky Rubio a “top target” in free agency.

Harrison Barnes will decline his $25.1M player option and become an unrestricted free agent. May god have mercy on the soul of anyone who offers Barnes more than $25M.

LaVar Ball has landed himself in hot water after making a grubby comment to First Take host Molly Qerim.

Odds are already available for next season’s awards winners, for those of with a genuine gambling problem (the NBA hasn’t even announced this year’s awards yet!).