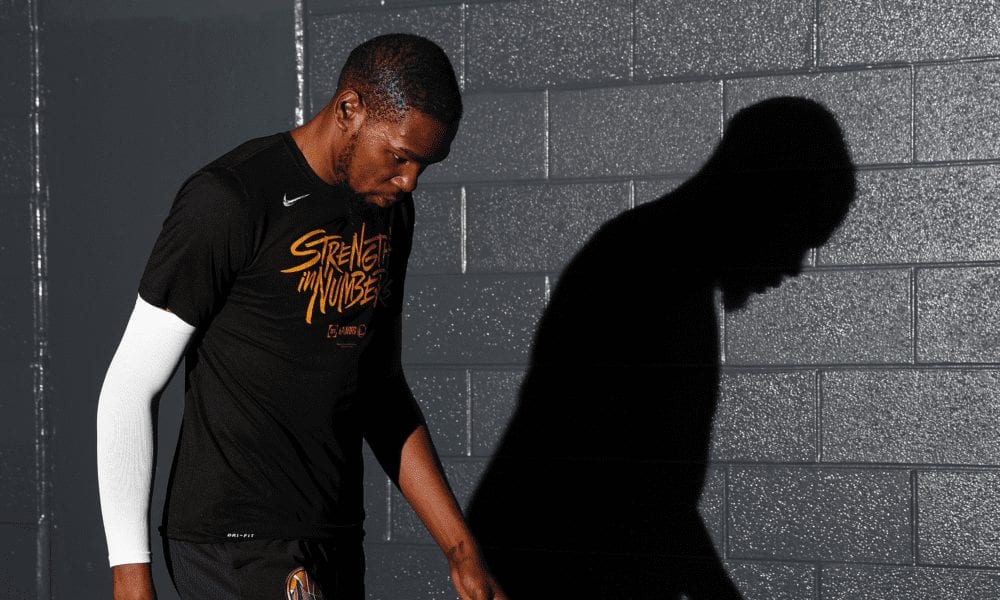 According to the information the Warriors have made available, Kevin Durant injured his calf when he went down in the second round, not his Achilles.

But should we be so quick to believe everything we read when there is mounting evidence to suggest otherwise?

This whole thing is way too fishy to not at least ask some questions.

When Durant first hurt himself, almost every single person on the internet was positive it was his Achilles.

I still think there’s a very good chance that that was the case.

Just watch the footage, all the signs are there

Don’t just go back and watch Durant’s injury either, watch past Achilles tears as well.

Durant’s injury ticks all those boxes.

It never even would’ve crossed anyone’s minds that it was anything other than an Achilles injury if the team and Durant’s management hadn’t informed reporters it was in fact a calf strain.

Again, the footage one thousand percent suggests it was his Achilles.

Even TNT announcer Kevin Harlan immediately proclaimed Durant was “holding onto his right Achilles” as it happened, and he said it without even a hint of doubt as to what had just happened.

Someone connected to the Warriors thinks something’s up

On Thursday, Basketball Forever was contacted by a trusted source with ties to the Warriors.

While at the team’s facility during the week, this person claimed to have seen Durant undergoing stem cell therapy on his Achilles.

They specified that it was definitely the Achilles area, not his calf.

Think about the way Durant handled the situation immediately after he went down.

He went straight to the locker room and immediately called for his agent and business manager, Rich Kleiman.

Does that sound like something you’d do after suffering a relatively minor injury like a calf strain? 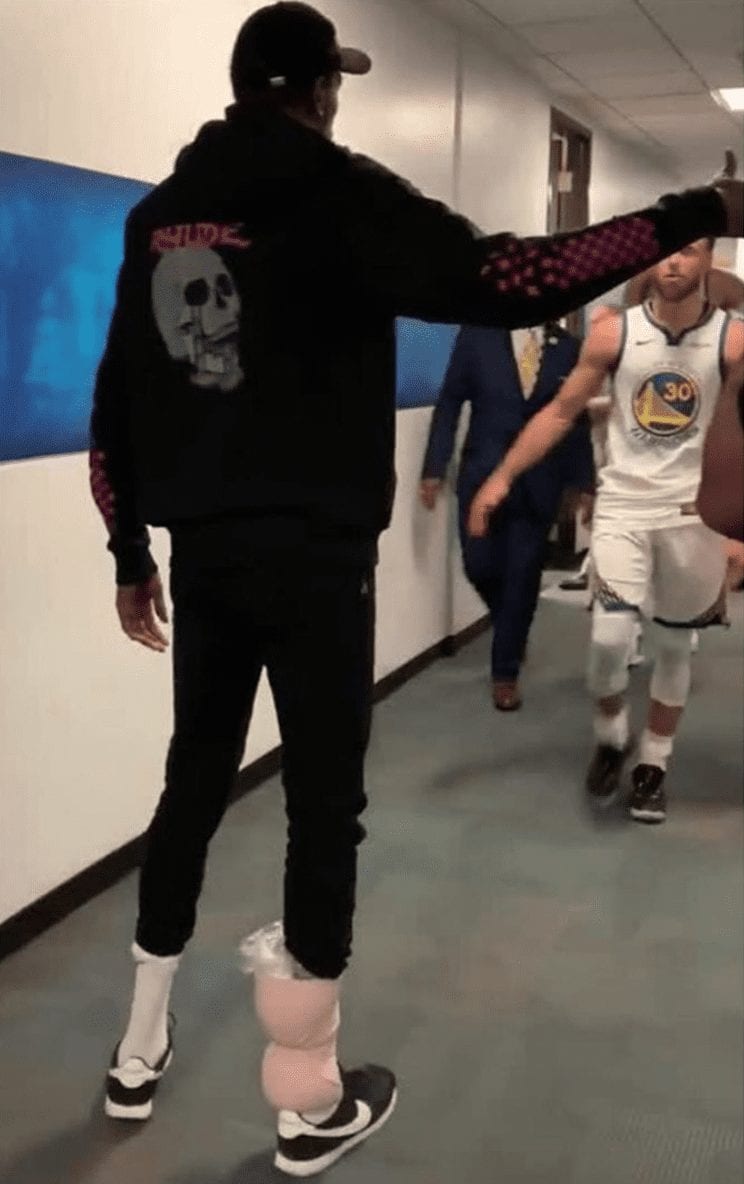 A picture tells a thousand words.

In this case, it could also foreshadow a thousand years of pain for Knicks fans.

You cannot tell me that ice pack is on his calf.

There has been an unprecedented level of secrecy

Never before have we had so little information on a star player’s injury in the midst of a Finals run.

A proper diagnosis was never even released.

So we have no idea of the injury’s severity, just the vague assertion that Durant will be back soon.

If there was nothing to be concerned about, why not just release all the details?

Everything about this suggests something bigger is going on, something we’re not being told.

Do you really think one of the two best players in the world would sit out multiple games in the NBA Finals if he hadn’t severely hurt himself?

Instead, he has spent most of the time hobbling up and down arena hallways like a man who isn’t even close to running, let alone playing in the Finals.

It makes perfect sense for Durant to lie about the injury

Durant has every reason to keep things on the down low.

Nothing kills an NBA player’s value like an Achilles injury, and this summer was his chance to sign a fresh deal elsewhere.

Depending on the severity, an Achilles injury could even lead Durant to consider picking up his $31 million player option and returning to the Warriors for one more year.

And even then, it would still make sense to cover up the true nature of the injury, as its long-lasting effects could still hurt the offers he receives in 2020.

Maybe he expects to back at 100 percent in time for next season.

A grade 1 Achilles strain should rule Durant out until a week or two after the Finals, but allow him plenty of time to get back in shape for 2019-20.

Agrade 2 strain would still give him half a chance of being ready for next season.

Either way, his thinking would be the same: ride this out, don’t allow a public diagnosis to influence free agency negotiations, make it back in time for the new season, and no one ever has to know.