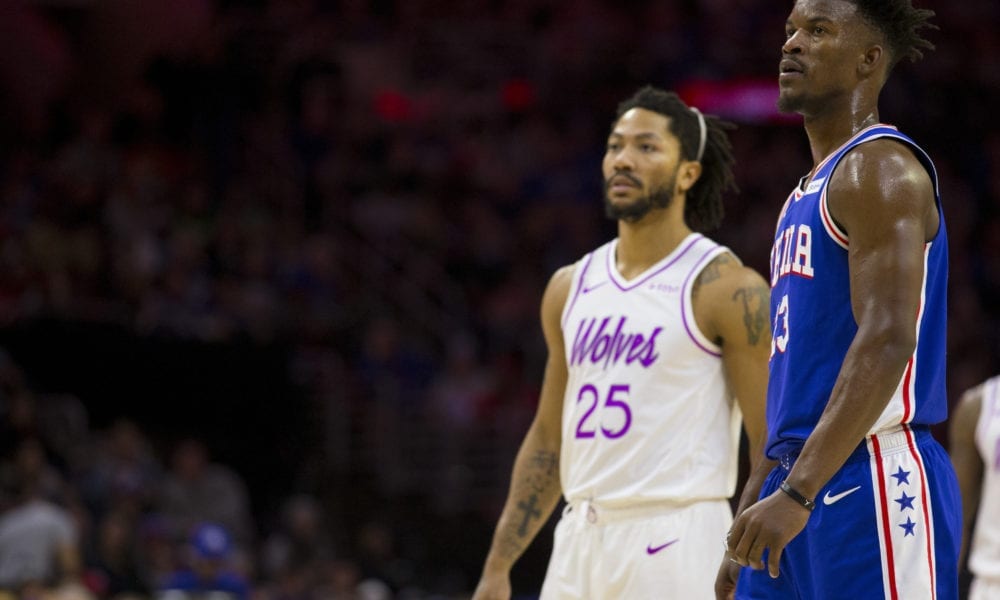 Derrick Rose usually doesn’t have a whole lot to say.

But that’s clearly changing with the looming release of his tell-all book titled I’ll Show You.

One particularly juicy topic Rose touches on is the fiery Jimmy Butler debacle in Minnesota, according to the Star Tribune, and he was quick to take Butler’s side.

“Look, it wasn’t his fault,” Rose wrote. “It’s the league’s fault. Nothing against Karl-Anthony Towns, he’s cool — and he’s good. But you get these kids and you spoil them before they achieve something.

“Jimmy was feeling, ‘Why’d y’all pay them first and I was the one that got you to the playoffs?’ That’s all it was. Jimmy wasn’t doing it right, though he was right.”

Rose also addressed the now infamous practice where Butler returned to the Wolves and supposedly destroyed the starters with the third stringers while berating just about everyone in the gym.

“[He] scored one time in that practice they were all writing about,” Rose wrote. “Yes, one basket. Right hand up to God. What’s so exciting about that? But the media is going crazy.

“You would think he scored 30. … It was killing Thibs, I tell you. He wasn’t saying anything to us, but you could tell he was taking it hard.”

The book is set for a September release.

Related Article:  Sydney And Melbourne Need To Do Everything Possible To Sign LaMelo Ball Right Now
-->