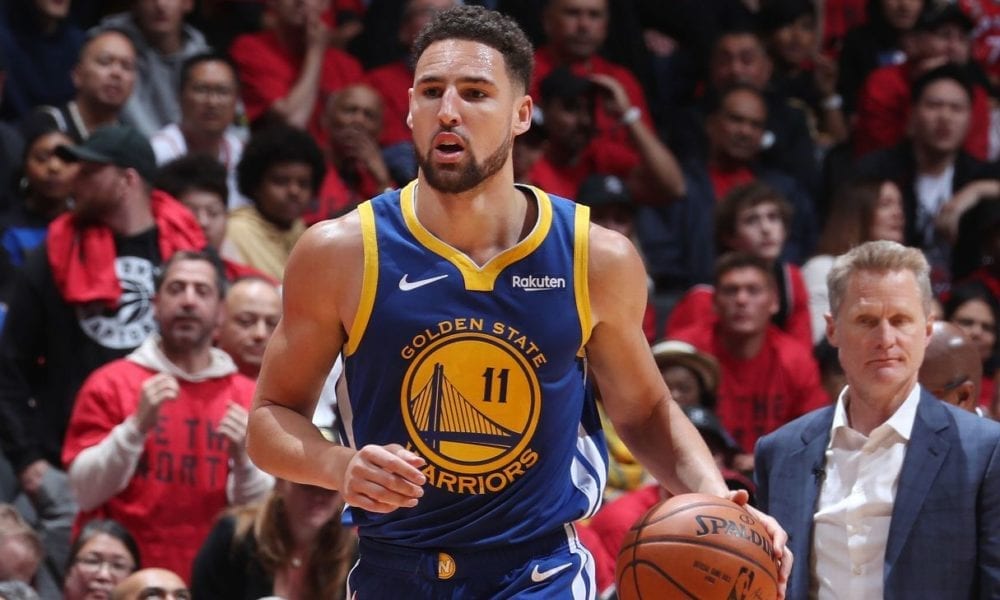 Steph Curry needs help, and he needs it now.

DeMarcus Cousins, Andre Iguodala and Draymond Green are all big names, but two of those three are nowhere near their best, and none of them can be relied upon to score.

And that’s exactly the problem… without Klay Thompson or Kevin Durant, how are the Warriors supposed to compete with the Raptors on the scoreboard?

With Durant ruled out for Game 4 due to his Achilles I mean calf, it will have to be Thompson who saves the day.

It really is hard to overemphasise how much he means to Golden State.

Without Klay, the Raptors’ defence can direct a singular focus at Curry.

Even if Steph scores an efficient 47 like he did in Game 3, it clearly won’t be enough if he doesn’t have his running mate alongside him.

At the other end of the floor, the Warriors already had enough problems with Toronto’s multitude of offensive weapons before their best perimeter defender went down.

And heading into Game 4, they just cannot afford to lose.

That would mean they’d need to win the final three games, two of which are in Toronto.

The point is, when it comes to the fate of the Finals, the Warriors’ quest to three-peat, and the Golden State dynasty as a whole…it all comes down to you, Sugar Klay.

The NBA has banned Warriors minority owner Mark Stevens for a year and fined him $500,000 for shoving and verbally abusing Kyle Lowry during Game 3.

Kyrie Irving is serious about Brooklyn, according to Woj, and the Nets just traded two first-rounders to clear the cap space to get him.

The Warriors are no longer the favourites to win the championship for the first time all season.

Kevon Looney is still a chance to return before the end of the Finals.

There appears to be a direct correlation between the Lakers’ dysfunction and Mark Cuban’s happiness.

Related Article:  Sydney And Melbourne Need To Do Everything Possible To Sign LaMelo Ball Right Now
-->