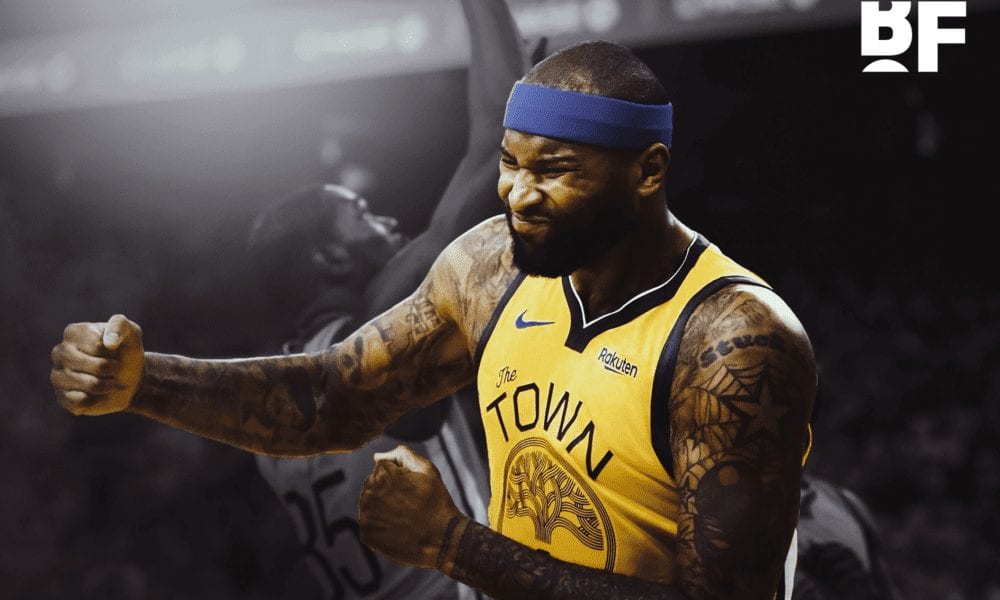 It sounds all wrong to suggest the Warriors are vulnerable.

They’ve been the very definition of invincible for what feels like an eternity.

But things are different now.

Steph Curry isn’t 100 percent, Klay Thompson is hurting, Kevin Durant is out and Kevon Looney is done for the year.

Health and depth were two major factors early in Golden State’s historic five-year run, but they don’t have either right now.

They need some additional help, and DeMarcus Cousins is here to provide it.

He made that clear in Game 2, the night he showed off his remarkable recovery from a double dose of injuries, as well as the impressive evolution of his increasingly modern game.

Cousins fired precision passes above, below and through the defence.

He challenged defenders off the dribble and won.

He held his own on defence and even hit a shot from the outside for good measure.

Boogie’s performance was masterful and Golden State would have dropped a second straight game in Toronto without him.

It’s funny to think that someone who has been defined by the worst injury in basketball could be the one to rescue the Warriors from a world of tweaks, breaks and strains.

Related Article:  DeMar DeRozan Is Pissed Off With Jimmy Kimmel

Better still, a man once considered surplus to Golden State’s requirements, a supposedly gluttonous addition to an already stacked superteam, is rapidly becoming an essential ingredient in their latest title quest.

You might not bat an eyelid if Steph, Klay and KD win another ring.

But as for Cousins overcoming a devastating injury to lead his team away from an 0-2 hole and to his first ever title?

Now that would be worthy of your attention.