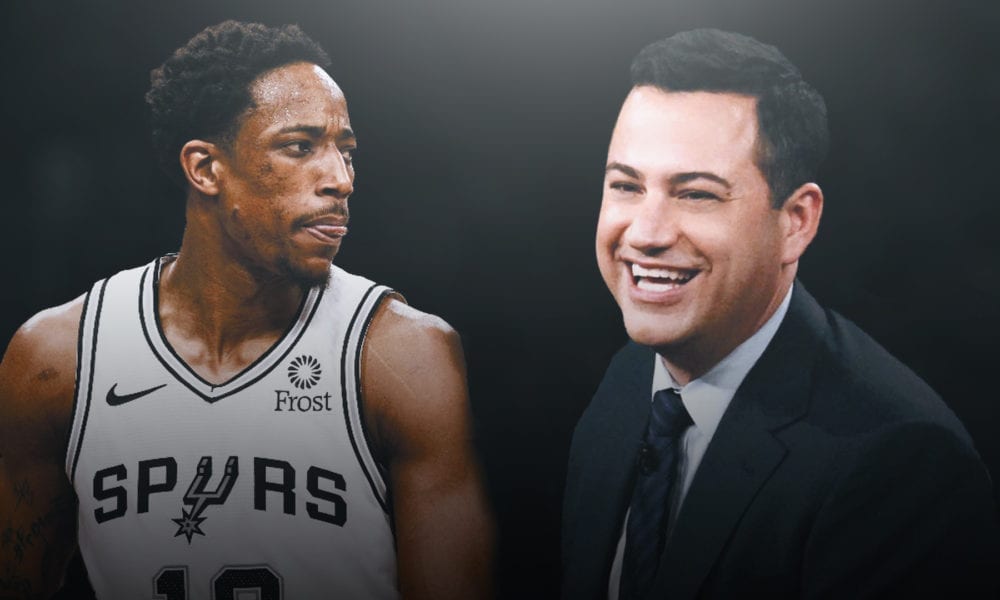 Watching your old team make the Finals for the first time without you must feel like watching your ex immediately upgrading and living her best life.

That’s DeMar DeRozan’s reality, and Jimmy Kimmel isn’t making it any easier for him.

Kimmel’s show went against DeRozan’s wishes on Sunday night when it aired a skit during Game 2 that featured the former Raptor selling an invisible basketball called the ‘Invisiball’ in a mock commercial.

The clip was originally filmed more than a year ago, but Kimmel’s show decided to air it during these Finals, unfairly changing the entire context in which it would be viewed.

Naturally, DeRozan and his people were furious.

“We found out a few days ago, and we alerted them immediately that it’s not something that we wanted them to do nor did DeMar want it on,” DeRozan’s agent Aaron Goodwin told The Athletic.

“We felt it was extremely insensitive to the fact that DeMar’s (former) team is playing in the Finals. They made it clear to us that it was funny to them, although it wasn’t funny enough for them to use a year ago when they shot it.”

DeRozan has been a good sport about the Raptors making the Finals without him, congratulating Kyle Lowry and the rest of the team via text, according ESPN’s Marc J. Spears.

But he has also made it known that he was blindsided and “extremely hurt” by being traded away from the team he’d given everything to.

So it’s no wonder he was pissed off about the skit’s air date.

Talk about a dick move.

Related Article:  An Endless List Of Signs That The Raptors Can Beat The Warriors
-->