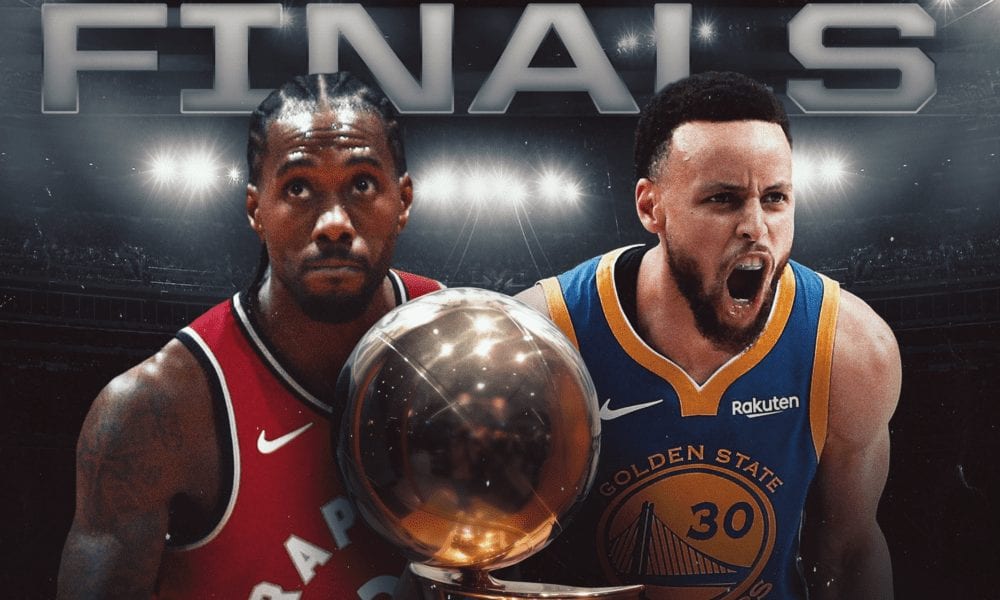 Banking on the Warriors winning the Finals is perfectly understandable.

They arguably have the best player alive, two of the best shooters ever, and they’ve won three of the past four championships.

For all those reasons and more, you probably view the Warriors as inevitable champions and the Raptors merely as lambs sent to the slaughter.

But you might want to rethink that one, and I’ve got a long list of reasons why.

Remember when Kawhi was torching the Warriors in Game 1 of the 2017 Western Conference finals?

You know, right before Zaza Pachulia carried out a hit on him.

Well, that was hardly the only time Leonard brutalised Golden State.

His other performances were highlighted by leading a 29-point spanking of the Dubs in Kevin Durant’s debut, and his ruthlessly efficient 37-point night in his only game against Golden State this season.

No one has done a better job against these Warriors other than 2016 “BLOCKED BY JAMES” LeBron, and maybe 2018 “Where The F*ck Are You Going JR?” LeBron.

The Raptors are an absolute force on defence

Toronto is by far the best defensive unit the Warriors will have to face in these playoffs.

That should come as no surprise when you consider they currently employ two former Defensive Players of the Year (Leonard and Marc Gasol), two other all-defence freaks (Serge Ibaka and Danny Green) and a highly switchable Swiss Army knife in Pascal Siakam.

As deadly as the Warriors are on offence, the Raptors are just as nightmarish on defence.

Golden State’s offence thrives in chaos, but that chaos won’t be anywhere near as easy to manufacture against a defence like Toronto’s.

Toronto is fresher and has more to gain

Human beings are wired to pursue new challenges (this partly explains why Everest is absolutely crawling with people as we speak).

Becoming jaded and lethargic is only natural after going to the Finals year after year.

And that’s exactly how the Warriors looked for much of the season, the opposite of a squad like the Raptors, who are almost intoxicated by the novelty of the occasion.

After all, their relationship with the Finals is still in its new and exciting phase.

As a result, there has been certain youthful exuberance about them lately, even though they are not an especially young team.

Combine that with much fresher legs – legs which haven’t already played through four consecutive Finals – and the Raps will have no excuses if they don’t get an early jump on the Warriors.

When the Finals arrive and the pressure is as high as conceivably possible, it unsurprisingly helps to have an emotionless basketball terminator on your side.

The Raptors’ best player is actually available to do basketball things

At least one well respected data projection has the Raptors winning

I don’t know your story, so I have no idea where you sit on the spectrum between analytics enthusiast and Charles Barkley.

But if you’re closer to the former than the latter, I have something for you.

FiveThirtyEight’s projection model gives the Raptors a 54 percent chance of winning it all, thanks in part to many of the reasons listed above.

More on that here.

The Raptors have home court advantage

Expeditions into Oracle Arena are perilous at the best of times, let alone in the NBA Finals.

The good news for the Raptors is they won’t have to win a single game there, so long as they hold serve at home.

Home court really is a tremendous luxury in playoffs, as the Raptors can attest with their 8-2 postseason record at Scotiabank Arena.

This series could very well go to Game 7, and you know by now that the home team wins 80 percent of those.