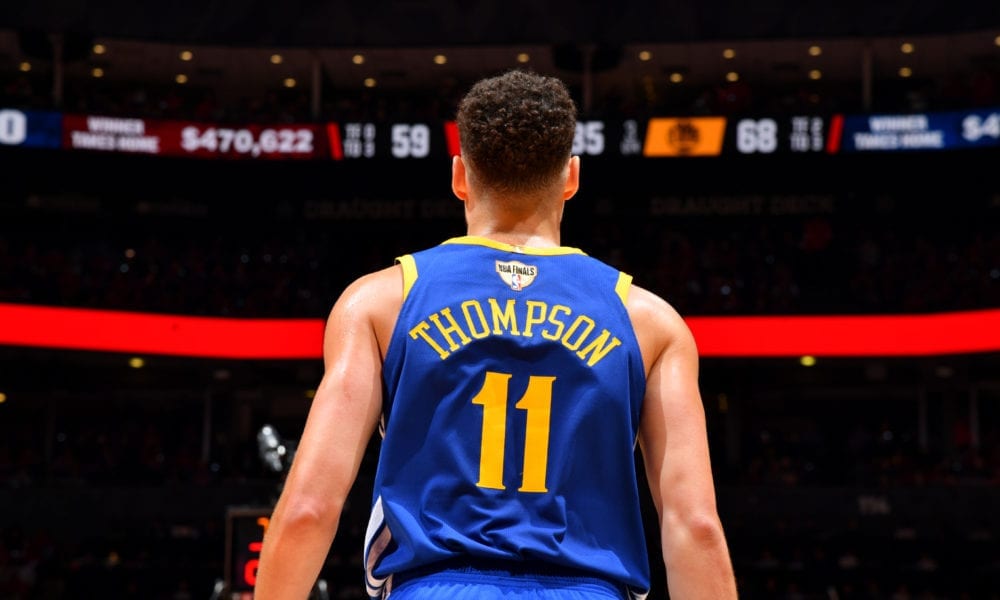 It was an objectively excellent piece of viral content.

But what really struck me about that footage was the jarring sight of both Thompson and Kevin Durant limping gingerly down the hallway.

Neither looked like a man about to play in Game 3 of the NBA Finals.

We’ve never really had to worry about injuries for the Durant-era Warriors because they’ve always been that goddamn loaded.

But how much can Golden State bend before they break?

We might be about to find out, especially if Klay Thompson can’t go in Game 3.

Klay is the one guy we’ve never seen the Warriors go without in big playoff games.

And are we sure Golden State can get it done without two of their top four players against a team as dangerous as the Raptors?

Is Steph, Boogie, Iggy and Draymond enough, especially when two of them aren’t the complete versions of themselves?

Will Thompson’s absence cramp Curry’s style, with Toronto’s perimeter defence suddenly able to focus its energy on him?

The Warriors are facing a lot of questions heading into Game 3.

Although in all fairness, if anyone has the answers at this time of year, it’s the team who’s already been on this stage four times before.

DeMar DeRozan says he was the “sacrificial lamb” in the Raptors’ ascent to the Finals.

The Pelicans have started listening to offers for Anthony Davis.

D’Angelo Russell is expected to attract interest from the Jazz, Magic, Timberwolves and Pacers as he enters restricted free agency.

The Lakers have signed Lionel Hollins as an assistant coach.

Shaq has a plan to fix the Lakers.

Get a load of this Filipino league sequence which some includes a nut punch, a clothesline and two dance interludes.

Related Article:  DeMar DeRozan Is Pissed Off With Jimmy Kimmel
-->