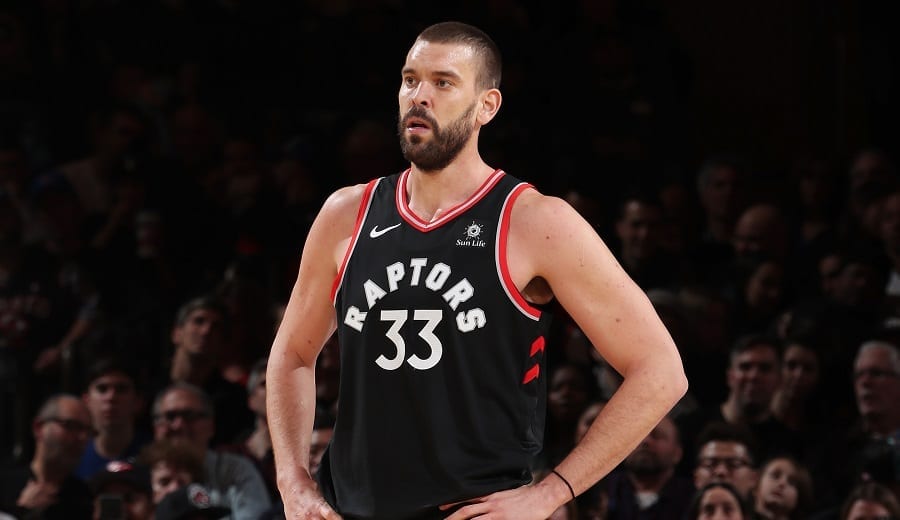 When the Raptors traded Jonas Valanciunas for Marc Gasol, more than one person in the Basketball Forever office raised an eyebrow.

Why would you trade a 27-year-old in his absolute prime, one BF staffer questioned while leaning back in his chair, for a 34-year-old nearing the end of his career?

Well, we’re seeing exactly why right now, and the signs have been there ever since Gasol landed north of the border.

The big Spaniard has been absolutely masterful on defence.

His basketball IQ is through the roof and he still has the ability to help (or double) and recover to perfection, getting to all the right spots with exquisite timing.

Of course, he gets it done on the other end too.

Before the Gasol trade, Toronto had the league’s eighth-best offence.

After he arrived, it shot up to third.

He’s always a threat from outside, can get it done around the rim, passes the ball like a guard and works beautifully with Kyle Lowry in the pick and roll.

Trading for him might’ve seemed like a risk on the surface.

But the greatest risk would’ve been never trading for him at all.

Kevin Durant won’t play in Game 2, but Steve Kerr says he could be back after just one practice.

Donald Trump has announced Jerry West will be awarded the Presidential Medal of Freedom.

You’d never know it, but Kawhi Leonard is having a lot of fun right now.

The Raptors have truly captured the attention of an entire nation.

Cody Zeller started a lemonade stand fundraiser to keep Kemba Walker in Charlotte. He still has some way to go before reaching his target of $221 million.

LeBron James was hyped as hell about Liverpool winning the Champions League.

Related Article:  An Endless List Of Signs That The Raptors Can Beat The Warriors
-->