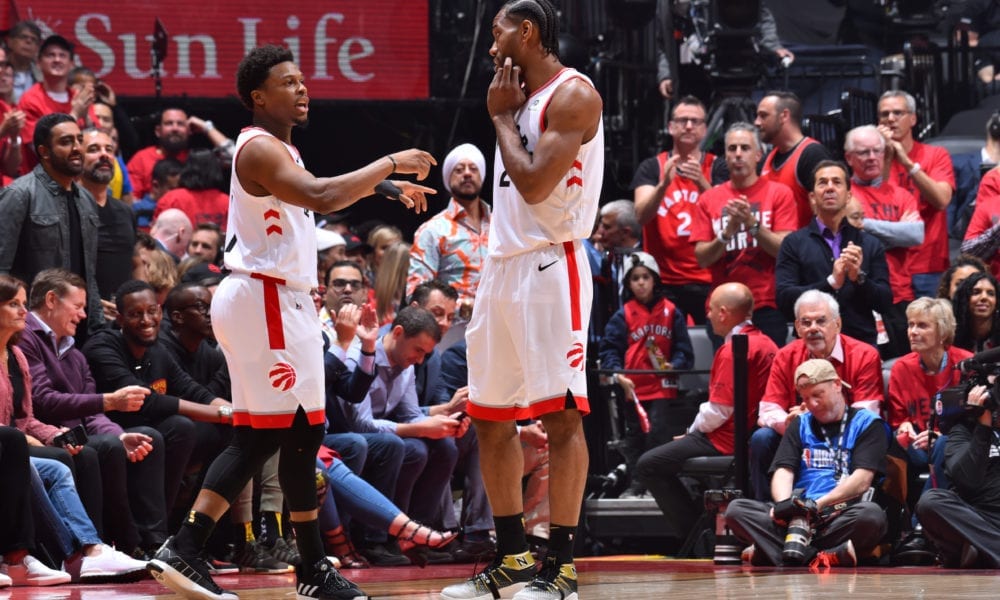 Kevin Durant was out.

DeMarcus Cousins was miles away from his physical peak.

Klay Thompson got hurt and so did Kevon Looney.

Never before have the basketball Gods conspired to make the Warriors so vulnerable in a singular Finals game.

Meanwhile, the Raptors were at home and riding a wave of momentum following a barnstorming Game 1 victory.

But they still couldn’t get it done.

The inherent agony of facing the Warriors is that even when half their team is missing or in some way hindered, they’re still harder to beat than anyone else in the game.

They’re deeper than Warren Buffet’s pockets and have been on this stage a million times before.

Andre Iguodala hitting that late dagger is a classic example of both elements, the team’s depth and experience.

For the Raptors, there’s a frighteningly high chance that this loss will cost them dearly.

They simply had to take advantage of Durant’s absence.

And they had to hold home court, it was the only decisive advantage they had.

We’ve seen enough from the Raps to know we shouldn’t right them off.

But with Kawhi Leonard clearly not 100 percent, Durant close to returning and the series heading back to Oakland, it’s hard not to wonder if the Raptors will come to rue the day they dropped Game 2 at home.

Kawhi Leonard is suing Nike. He claims he designed the ‘Klaw’ logo and Nike copyrighted it without his consent.

Klay Thompson will undergo an MRI on his strained hamstring but says he’ll be ready for Game 3. If you know anything about Klay, you know he’s not missing a Finals game.

DeMarcus Cousins is feeling pretty good about things after his instrumental Game 2 performance.

RJ Barrett is heading to New York to visit the Knicks.

DeMar DeRozan has shared a touching story about Nipsey Hussle. The two had dinner just a few weeks before the rapper’s death.