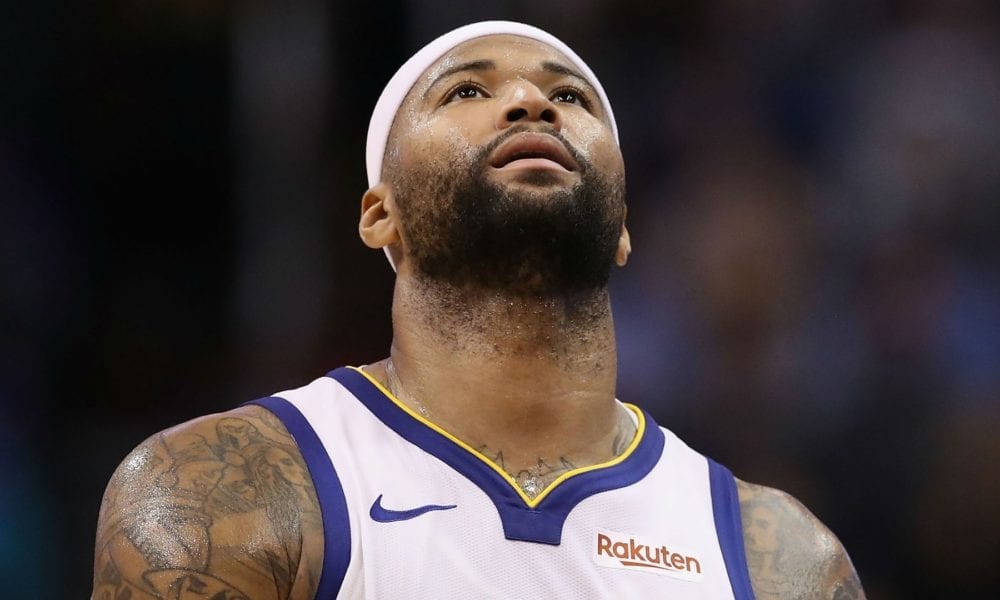 The Warriors are throwing DeMarcus Cousins back into the mix for Game 1 of the Finals.

But are we sure that’s a good idea?

Cousins has played just 30 games since January 2018, and the NBA Finals isn’t really the time or the place to work yourself back into shape.

Golden State looked absolutely breathtaking when they reverted to the ‘OG Warriors’ during the postseason, especially during their sweep of Portland in the Western Conference finals.

And it stands to reason that the lumbering Boogie could cramp their style, especially considering he won’t be at 100 percent.

Bear in mind, Golden State’s offence these playoffs has been more than 6 points per 100 possessions better than it was when Cousins was on the floor in the regular season.

Throw in some general slowness, a longstanding distaste for getting back up the floor with urgency – particularly on defence – and his propensity for collecting untimely technicals, and Boogie could start hurting a squad that really had it going.

There’s a lot of wisdom in the old adage ‘if it ain’t broke, don’t fix it’.

And while Steve Kerr can’t really hold a healthy Cousins out altogether, he might want to play his Boogie card sparingly.

Draymond Green has opened up on his shouting match with Kevin Durant in a candid interview with Rachel Nichols.

Bronny James and Zaire Wade will play on the same high school team next season, so get ready for an endless stream of viral videos.

Mike D’Antoni has pulled out of contract negotiations with the Rockets, according to Woj. D’Antoni plan to see out the final year of his contract next season and reassess his options next summer.

Andre Iguodala has compared the Warriors’ pressure to win to Team USA’s.

An emotional Juwan Howard got everyone right in the feels when he was introduced as Michigan’s new coach.

Rick Pitino has had enough of European fans smoking and lighting flares during games. C’mon Rick, everyone knows that’s half that fun.