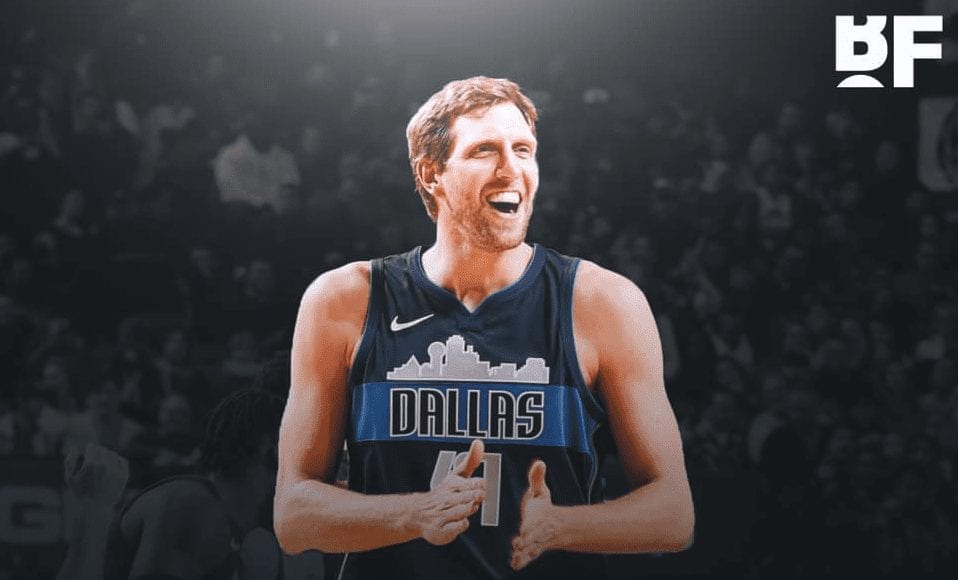 Dirk Nowitzki has joined Kobe Bryant and Yao Ming as an ambassador for the 2019 FIBA Basketball World Cup.

One of the hottest storylines of the 2011 NBA Finals was LeBron James’ disappearing act.

But part way through Game 6, it was Dirk Nowitzki who’d gone missing.

Despite playing a stellar series, Nowitzki got off to a nightmare start in what was a potential closeout game for the Mavs.

In what must’ve been the least Dirk-like thing that’d ever happened, he missed 11 of his first 12 shots.

That was after asserting himself as the clear-cut Finals MVP with 27 points per game across the previous five games.

Despite Dirk’s awful shooting, Dallas were somehow still up by two at the half.

And from there, something changed inside Nowitzki.

With just a half of basketball separating Dirk and the championship, he smelt blood and went for the kill.

On the first play of the second half, Nowitzki came off a pin down screen, caught a Jason Kidd pass milliseconds later and swished a turnaround midrange jumper.

From there, he was back in business.

Dirk went eight for 15 in the second half and somehow still finished the night with 21 points, 11 rebounds and the Larry O’Brien trophy.

It might not have been Nowitzki’s finest game from start to finish, but you’d struggle to find many that were more memorable.