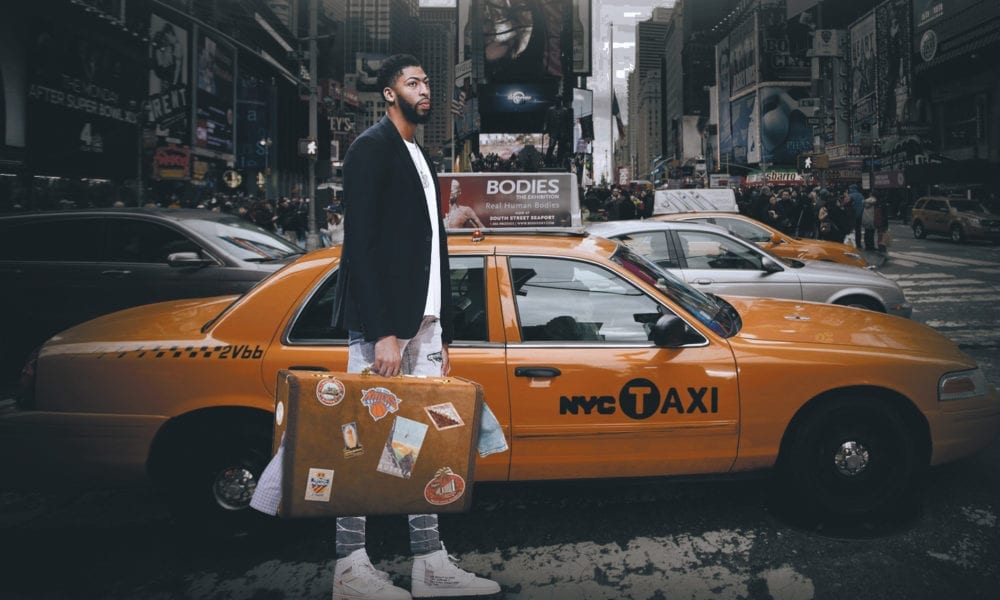 Now that they’ve lucked into Zion Williamson, the Pelicans are facing the increased temptation to pitch Anthony Davis on sticking around.

If they tried and succeeded, they’d have the two most talented first overall draft picks of the past decade.

But the idea of uniting AD and Zion is riddled with problems.

A circus of distractions during Zion’s rookie season

Even if Davis gave New Orleans until the trade deadline to change his mind, that would add all sorts of distractions and chaos to Zion’s rookie season.

NBA players are like kids in the sense that their future development can be hindered if they’re placed in a tumultuous situation early on.

Historically, starting your career within the Spurs’ model system was like growing up in a four-bedroom home in the leafy green suburbs, while coming of age amid Sacramento’s rampant dysfunction was like being disowned by your parents altogether and being raised by wolves instead.

The point is, if you start out in a shitty situation, it can mess you up for life.

There’s obviously no way Zion will become a bust, but a continued AD-fuelled circus in New Orleans isn’t going to help with his transition to the NBA, let alone his first impression of the Pelicans.

While Williamson won’t be better than Davis right away, he will become the main attraction in town the moment he arrives.

Every fan in that arena will be focused on Zion, all of the team’s advertising will focus on Zion, and the media narratives will be based around Zion.

How is Davis, a guy who’s been the man in New Orleans ever since he arrived seven years ago, meant to sit back and be OK with an 18-year-old stealing his spotlight?

There are plenty of players with more maturity than Davis who still couldn’t handle that.

RJ Barrett wasn’t the most seamless fit with Williamson in college, in part because Barrett grew increasingly trigger-happy as the season wore on.

But he and Zion seem to be tight, and unglamorous franchises like New Orleans need to do what they can to keep their superstars happy.

Better still, Barrett is an excellent prospect himself.

It’s not like you’re bringing in some unathletic friend of his just to make him happy (remember when the Knicks signed JR Smith’s grossly underqualified brother!?).

Barrett is on Zion’s developmental timeline

The 18-year-old Barrett will hit his prime at the same time as Zion, which clearly helps the Pelicans’ pursuit of sustained success.

Davis, on the other hand, will be about 34 by the time Williamson is truly reaching his prime.

AD’s life is one endless series of injuries

Davis has somehow suffered more than 40 injuries across his seven-year career.

That’s almost six per season! Or one per month!

It’s an unfathomable number, whichever way you slice it.

At some point, you can’t be considered a true franchise player when you’re unavailable that often.

Imagine if your company’s highest-ranking employee was out of action six times a year, every year.

In what other profession would that be acceptable?

It’s time for the Pelicans to finalise this basketball divorce and usher in the Zion and RJ era.

Related Article:  How Everyone Wins If Kevin Durant Leaves The Warriors
-->