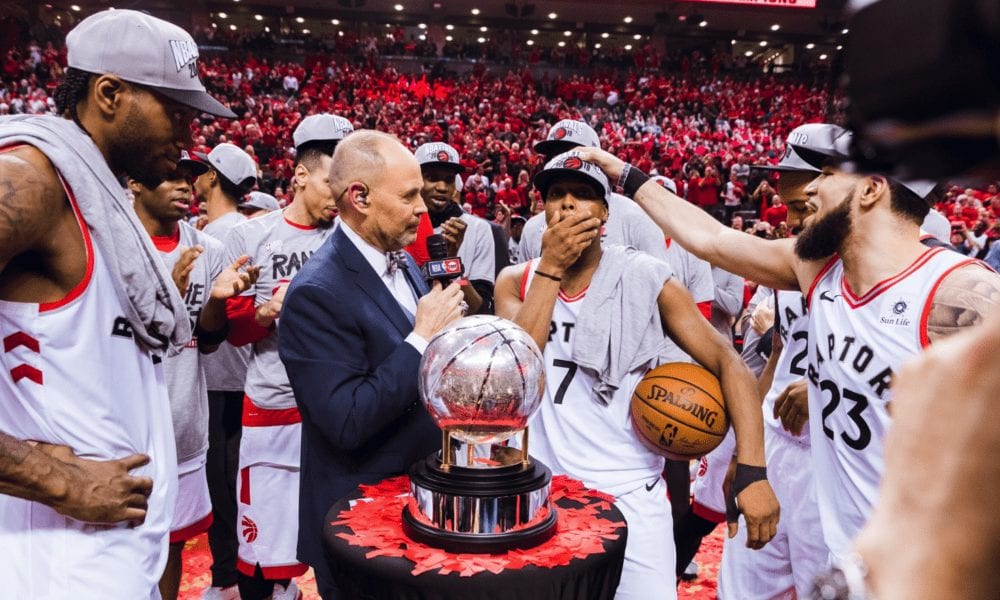 Following a series of unfortunate misadventures, Kyle Lowry had earned a reputation for disappearing in the playoffs.

But he finally has that King Kong sized monkey off his back after a tremendous Eastern Conference finals against the Bucks.

Lowry gave the Raptors exactly what they need, exactly when they needed it.

It wasn’t a display of all-out superstardom, but more the perfect support act to the all-conquering Kawhi Leonard.

Toronto was 19 points per 100 possessions better on offence when Lowry was on the floor.

He trumped every other Raptor in that department, including Leonard.

Of course, Lowry now has to face the NBA’s best team.

But he can take comfort in the fact he’s already overcome the NBA’s best defence.

Ja Morant has inked a multimillion-dollar deal with Nike.

Some madman just paid more than $56,000 (US) for two courtside seats for Game 1 of the NBA Finals.

The struggling Danny Green has everyone in his ear ahead of the Finals.

Kevin Durant is officially out for Game 1 while DeMarcus Cousins is “questionable”.

Now is no time for the Bucks’ long list of free agents to leave, according to Giannis Antetokounmpo.

LeBron James accepted a 14-year-old’s challenge to a three-point shootout.

Michael Porter Jr has developed more injury problems and it doesn’t sound good at all.

ICYMI, Smash Mouth wants smoke with Drake ahead of the Finals.