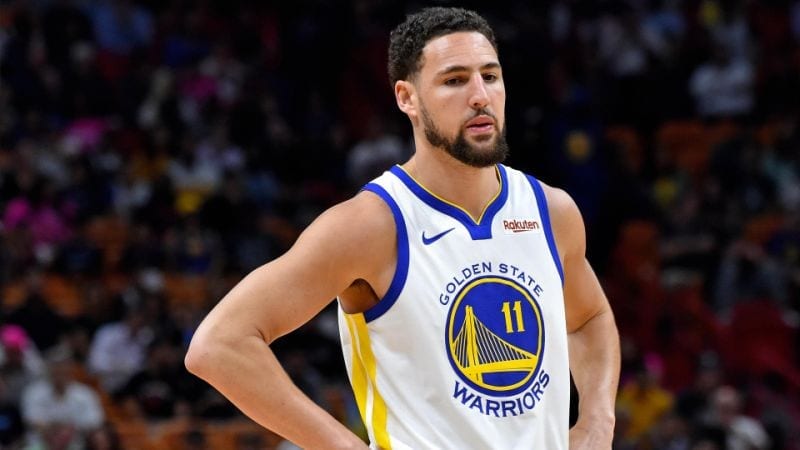 In case you hadn’t noticed, the All-NBA teams are a really big deal for a lot of players.

It’s not just about pride, but also because those selections directly affect how much a lot of these dudes can earn.

But before we get into that, here’s how the teams panned out:

So, why exactly do these teams have a such an impact on certain players’ earning power?

Well, teams can only offer players a ‘super max’ contract if they are:

The super max is such a big deal because it allows a team to offer a player who’s been with the team for seven to nine years a contract worth 35 percent of the cap.

This is why the All-NBA teams have such monumental implications for both players and teams.

So when you consider all this, it makes sense that Klay Thompson was so pissed off about missing out.

Much like Karl-Anthony Towns, Klay will miss out on about $30 million dollars thanks to being snubbed.

In other Klay Thompson news, his mum and Andre Iguodala’s wife go shopping together for Klay’s clothes.

James Harden and Chris Paul reportedly engaged in some verbal sparring after getting knocked out of the playoffs by the Warriors.

Kevin Durant is unlikely to be healthy for Game 1 of the Finals.

Drake has responded to Mike Budenholzer’s criticism of his courtside antics.

Kyle Lowry is hurting, while everyone is insisting Kawhi Leonard is fine despite his slight limp.

Related Article:  How Everyone Wins If Kevin Durant Leaves The Warriors
-->