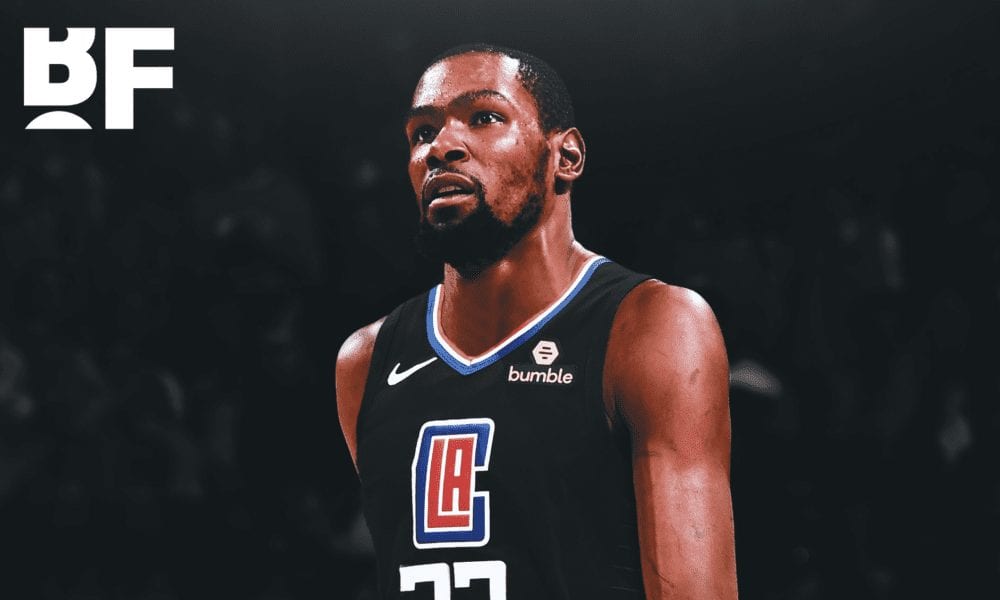 As it turns out, everything we thought we knew about Kevin Durant could be wrong.

KD may not be a lock to head to New York after all.

That’s according to The New York Times’ Marc Stein, who moments ago reported in his weekly email that “very smart and plugged-in people” told him the Clippers had become “an equally dangerous threat to the Knicks” to sign Durant.

It comes after a multitude of reports which claimed Durant heading to New York was either likely or as good as done.

As Stein wrote in his email, those reports about the Knicks were followed by whispers that he could also consider the Nets.

And then the Clippers chatter started.

Of course, no one definitively knows what Durant will do other than Durant himself and those in his inner circle.

But it certainly no longer appears safe to assume he’s definitely heading to the Big Apple.

Meanwhile, Durant signing outside of NYC would be an outright disaster for the Knicks after they traded Kristaps Porzingis for the cap space required to sign multiple superstars.

And if KD doesn’t sign, you’d have to think their chances of signing Kyrie Irving would diminish rapidly too.

These are nervous times we live in, Knicks fans.

Related Article:  Here’s How Much Money Zion Williamson Will Lose By Playing In New Orleans Instead Of New York
-->