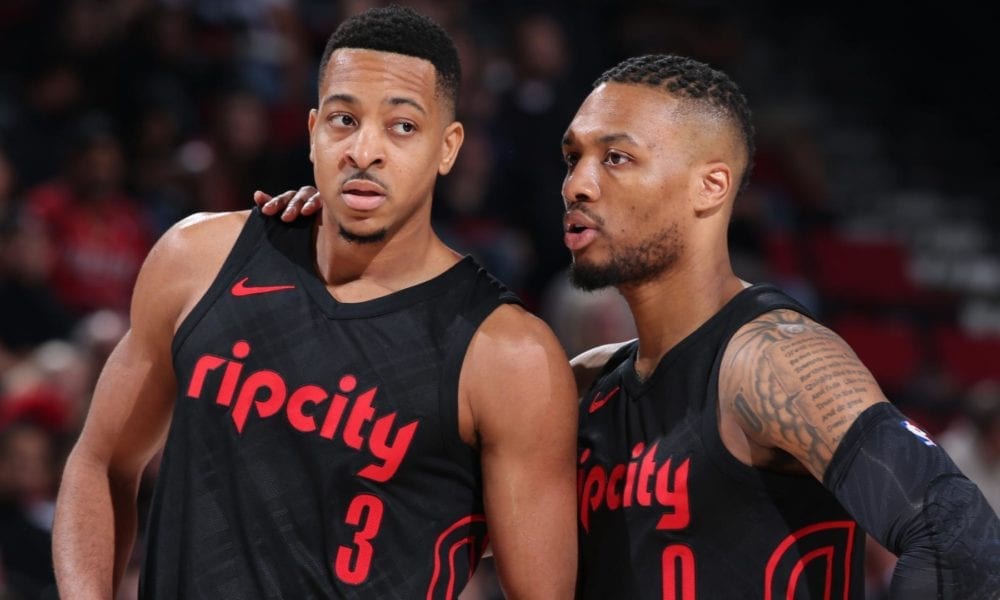 Tonight’s the night we find out if the Warriors have truly broken the Blazers.

A sweep would be particularly crushing for a Portland team which has long played with a remarkable spirit, fuelled by the painful memories of last year’s sweep, Jusuf Nurkic’s horrific injury and Enes Kanter’s inspirational play without food or water.

But sadly, the Blazers looked well and truly defeated against the Dubs towards the end of Game 3.

Golden State has a way of doing that to teams.

Guys like Steph Curry, Klay Thompson and Draymond Green enjoy nothing more than sucking the souls out of teams.

It sounds completely backwards, but somehow a team on the cusp of its fifth straight Finals has been more motivated than a squad that hasn’t won anything and was swept last year.

Dame, CJ and co. have left it too late to win the series.

But tonight they at least have the chance to restore some pride.

Magic Johnson says he abruptly left the Lakers because of Rob Pelinka’s “backstabbing” and “betrayal”. Magic made his fittingly dramatic comments on First Take.

Rob Pelinka then calmly responded to Magic during a press conference.

Giannis Antetokounmpo has funded the construction of a basketball court in a fire-ravaged part of Greece where at least 100 people were killed last year.

The Timberwolves have finalised a deal with interim coach Ryan Saunders, who can surely be no older than 24. The well-liked coach is the son of the late, great Flip Saunders.

Kevin Durant is back to defending himself on Twitter, which is bad news for everyone.

There’s definitely a world in which Golden State steps on Portland’s throat tonight, but I can’t see the Blazers going down without a fight.

Normally I’d be looking to Dame to step up, but he hasn’t been himself ever since he waved Russell Westbrook off the floor in Round 1.

So it’s over to CJ McCollum to restore some pride for the Blazers.

If there was ever a time for a big CJ game, tonight’s the night.

Related Article:  Why Dirk Nowitzki Is The Greatest International Player Of All-Time