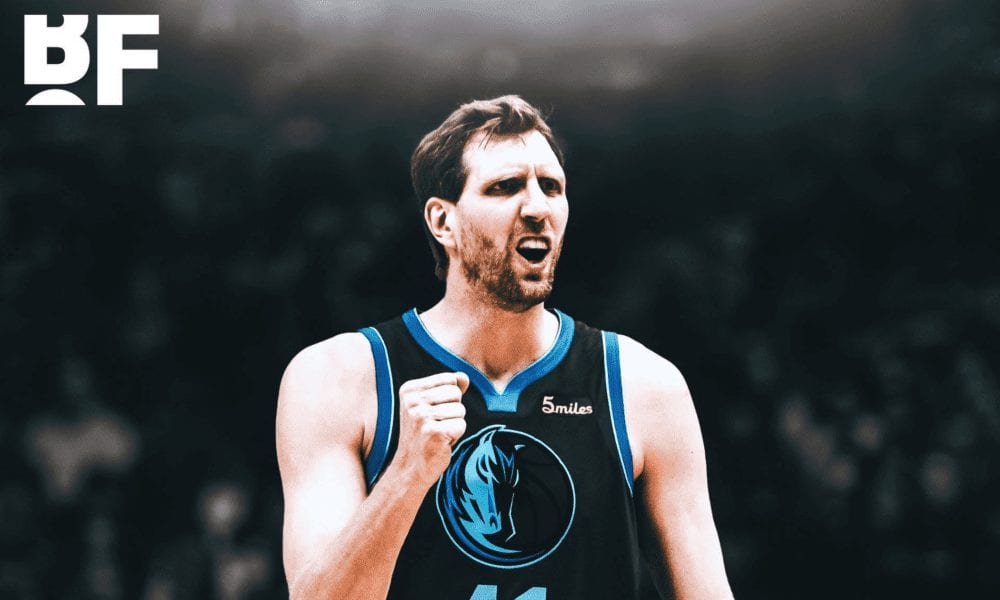 Dirk Nowitzki has joined Kobe Bryant and Yao Ming as an ambassador for the 2019 FIBA Basketball World Cup.

Make no mistake, that’s exactly what Dirk Nowitzki is.

That isn’t a shot at Hakeem Olajuwon, Manu Ginobili, Drazen Petrovic or any other the other international greats.

When you boil it down, his international GOAT status can be attributed to three distinct factors.

He’s also the highest-ranking international player across all three categories.

Even Olajuwon, perhaps Dirk’s closest international peer, can’t quite match that (he’s 13th in scoring and 11th in field goals).

When it comes to Dirk’s legacy, what really stands out is the way he revolutionised basketball.

When Nowitzki entered the league, few could understand his insistence on drifting away from the basket and shooting jumpers.

It simply wasn’t what big men did back then, but he stuck with it anyway and proved everyone wrong.

He wasn’t crazy, he was just ahead of his time.

The entire NBA plays that way now, and the league has never looked better.

It was the only time in the modern era that a team won the title with only one star.

Incredibly, the second and third highest scorers on his championship-winning team were Jason Terry and Caron Butler.

Jason Kidd and Tyson Chandler were handy pieces, but it was Dirk who willed the Mavs to the promised land, and he did it against one of the most talented Big 3s ever assembled.

It’s going to be a very long time before we see anything like it again.