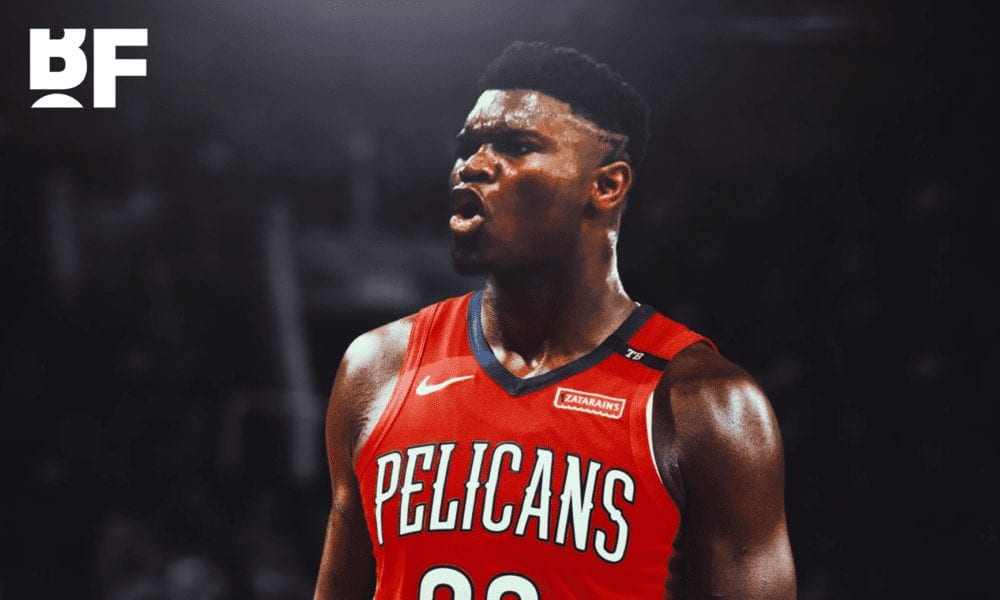 The NBA’s new lottery system promised extra drama, and on Tuesday night it delivered in a major way.

To debrief, here are all the major winners and losers from what was a truly wild night.

The Knicks losing out on the top pick might be for the best, considering some reports suggested they were preparing to go ‘full Knicks’ and trade it anyway.

The NBA as a whole

Imagine the electricity in MSG with Zion Williamson wreaking havoc in a Knicks jersey.

Imagine how ‘box office’ every New York game would’ve been.

Imagine the narratives, the ratings, the jersey sales.

I’m going out on a limb here, but Zion in New Orleans might not be be quite the same…

Zion landing in NOLA is the worst-case scenario for the Lakers, Celtics, Knicks and any other team hopeful of stealing away Anthony Davis.

It’s still very much in play, but it just got significantly harder with the Pelicans becoming a much more attractive option overnight.

The Cavs also slid down the order and so they should have.

After landing the number one pick three times in four years between 2011 and 2014, Cleveland has already benefited from an outrageous amount of good fortune.

Imagine throwing away an entire season.

Picture the demoralized players and fans, the drop in ticket sales, the damage to the franchise’s image and bottom line.

And the only payoff for this whole tank-tastic exercise is the sixth overall pick.

Only one team had a worse record than the Suns, but five have a better pick.

In hindsight, it’s hilarious to think Pelicans fans (myself included) were rooting for the Knicks to win the lottery following reports they could be tempted by a potential AD-Zion swap.

I can’t imagine there were many of us who imagined the Pellies would actually land Zion with their own damn pick.

As recently as this morning, the Pelicans were a depressing franchise on the brink of reluctantly giving away it’s generational superstar.

Now, they hold all the cards, with the two most talented number one picks of the past decade either in town or on their way.

New Orleans clearly stands a better chance of talking Davis into staying now, and even if he sticks to his existing plan of skipping town, the Pels could trade him and build one of the league’s most exciting young teams with the returns.

The Lakers entered the lottery with minuscule odds of making any meaningful noise, and yet they jumped into the top four almost immediately.

That gives LA a major additional asset to throw into a deal for Davis.

The only potential problem, of course, is New Orleans winning the Zion sweepstakes, which could really throw a spanner into the works.

And if the the Lakers can’t lure AD out of New Orleans, who else are they going to get?

Related Article:  No, Kawhi Leonard’s Game-Winner Was Not Better Than Damian Lillard’s