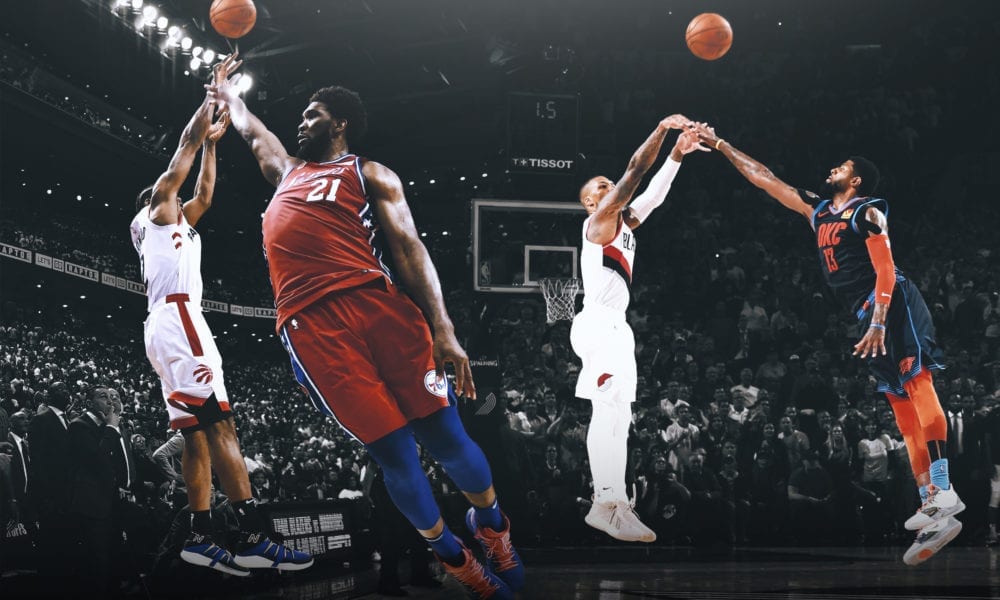 Never have we been more prone to becoming prisoners of the moment than in the age of social media.

The moment Kawhi Leonard hit that outrageous Game 7 game-winner, the tweets and comments came flooding in, claiming Leonard’s buzzer-beater was better than Damian Lillard’s against the Thunder.

How did the Lillard buzzer beater get trumped in two weeks? Oh my God.

For starters, consider the context of Lillard’s game winner.

He’d been beefing with Westbrook and the Thunder all series.

Then, with the game somehow tied after the Blazers mounted a furious comeback, he stared down one of the best defenders in the league and despite having all the time in the world, chose to launch it from 37 freaking feet.

With Kawhi, there was no beef, no stare down, no lengthy build up, no one-on-one showdown with a top five defender.

And he didn’t choose to take the most savage shot available, he took what was there, threw up a Hail Mary, and got one of the luckiest rolls of all-time.

There was no luck involved with Dame.

No rational person who actually watches basketball got the sense his shot was a product of anything other than pure skill and killer instinct.

It was cold, it was calculated, and it was one of the most outrageous things that’s ever happened on a basketball court.

And yes, Kawhi’s shot was amplified because it came in Game 7, but what does it matter in the context of this argument when Lillard’s shot was also series-ending?

If anything, sending his opponents home in 6 games was even more emphatic.

But Lillard’s didn’t need to be any of those things because it was that good in its own right.