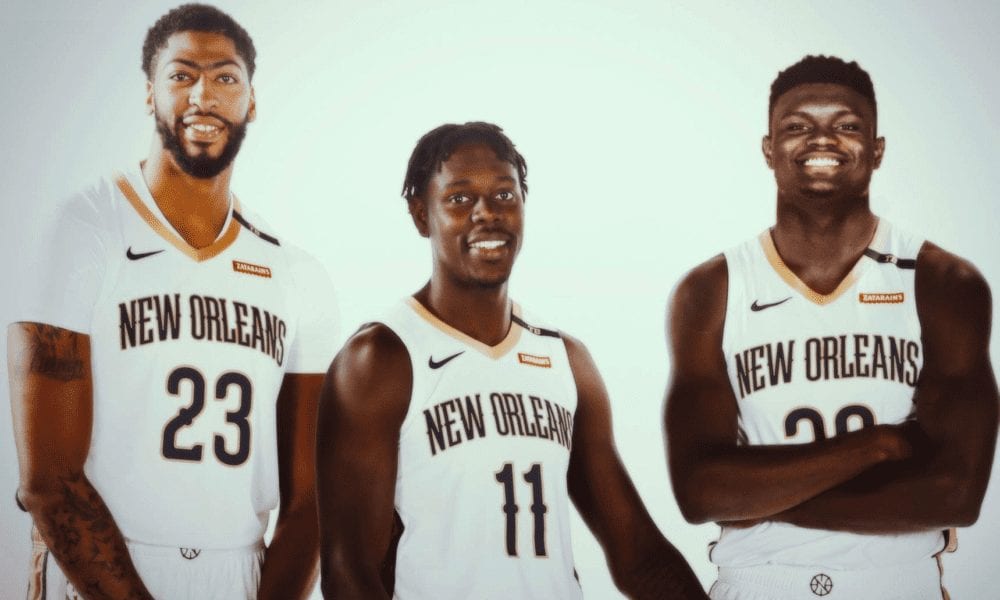 The moment Anthony Davis thought he was finally done with New Orleans, the Pelicans lucked into the best draft prospect since…Anthony Davis.

Well, the Pelicans will make the case for AD to stick around, and with Zion on his way, they’ll be able to make a very compelling case.

Even if AD pushes back, they’d be wise to hold onto him anyway and force-feed him some minutes with Zion.

There’s at least a reasonable chance he’ll be as impressed by Williamson as the rest of us and reconsider his future in New Orleans, especially when he realises they’re a perfect fit together at both ends of the floor.

The Pelicans’ situation is somewhat reminiscent of Toronto trying to convince Kawhi Leonard to commit long-term, with the thinking being: “you don’t even understand how much you would love it here, so we’re going to make you understand”.

The worst-case scenario is AD sticks to his guns until the bitter end, in which case New Orleans can trade him at the deadline anyway.

But the Pelicans and Davis both owe it to themselves to at least give this thing a chance.

One particularly savage Milwaukee radio station is banning all Drake songs during the Bucks-Raptors series.

The NBA will allow free agency negotiations to begin on June 30 instead of July 1. This will allow 90% of NBA fanbases to be bitterly disappointed 24 hours earlier than usual.

Jerry West will return to the Clippers next season.

The WNBA has hired former Deloitte CEO Cathy Engelbert as its first-ever commissioner.

Magic Johnson and Larry Bird will receive the Lifetime Achievement Award in June.

Tacko Fall is chasing his dream.

Never before has it looked more likely that Kevin Durant and Kyrie Irving will team up in New York.

I firmly believe that’s how things will play out, with Kyrie particularly disgruntled in Boston and an ever-growing list of signs suggesting Durant is heading to New York.

Right now, BetOnline are paying +200 for KD and Kyrie teaming up in NY, and -300 for it never happening.