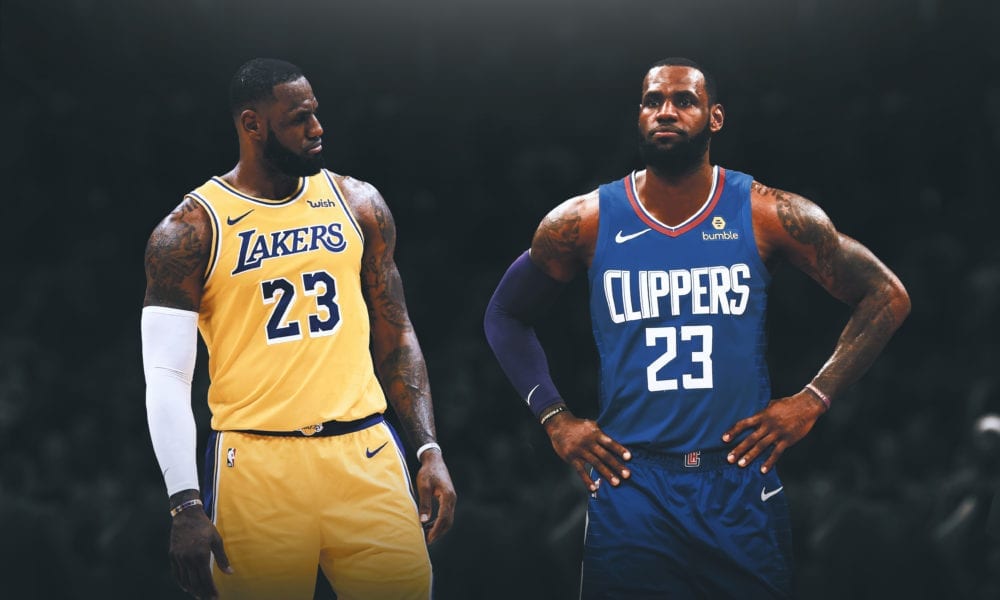 If LeBron James wanted to join a young team doomed by a terrible owner and an incompetent GM, he could’ve just signed with the Phoenix Suns.

At this point, that’s essentially what the Lakers are…the Phoenix Suns with nicer jerseys and a richer history.

LeBron has only just begun the Lakers portion of his career and already his decision to sign there is an abject disaster.

The problems James faces at the Lakers are many and varied, but let’s start here:

This team is run by an owner who appoints personal friends and big names to jobs they have no experience in.

How exactly did being an excellent point guard and successful businessman qualify Magic Johnson to make front office decisions?

(Had Jeanie Buss never read Magic’s awful takes on Twitter or listened to them on Countdown?)

And how did being Kobe Bryant’s agent qualify Rob Pelinka to be the GM?

Pelinka is great for entertaining quotes at press conferences – for that, there are few better candidates – but building an NBA roster clearly isn’t his thing.

Meanwhile, Magic Johnson’s departure – an almighty shitshow in itself – presented the perfect opportunity for Buss to clean house.

And yet she doubled down on Pelinka, the man who built this bizarre roster in the first place and then couldn’t even land Ty Lue.

Historically, the Lakers went after the biggest names and landed them.

Now, they shoot for the Ty Lues of the world and miss.

This all comes back to LeBron’s biggest problem:

Nothing is more important to an NBA franchise than its ownership, and by extension, the front office team the owner hires.

None of that matters if your owner sucks (just ask the Knicks).

It really is hard to see this ending well for LeBron unless he demands a trade or Jeanie Buss sells the team.

The latter will never happen, at least not any time soon.

The Lakers are her late father’s lasting legacy.

Mind you, what Jeanie and co. have done to the franchise is a far greater crime than selling it.

You may argue it’s unfair to say LeBron made a mistake by signing with the Lakers, especially considering he was almost certainly promised more star power was on its way.

But James should’ve known Johnson and Pelinka wouldn’t come through.

They didn’t have a day of relevant experience between them when they came on board, and they’ve barely displayed a shred of competence since.

If LeBron was solely concerned with living in LA and the off-court opportunities that brings, none of this would matter all that much.

But his pursuit of passing MJ for that number one spot is on the line and his Hollywood interests clearly haven’t replaced his desire to win.

And don’t forget, he could’ve had the best of both worlds if he joined the Clippers instead.

Incredibly, we now live in a world where the Clippers are the only well-run franchise in LA.

I’m not sure if you’ve noticed, but Steve Balmer has transitioned from making rookie mistakes (remember when Doc Rivers coach and team president?) to hiring a team of very smart basketball people and leaving the decision making to them.

Lawrence Frank has proved to be a savvy president of basketball ops and even the legendary Jerry West is involved as an adviser.

These guys know what they’re doing and everyone around the league is starting to take notice.

There’s a reason the Clippers are widely expected to land a star in free agency and the Lakers aren’t.

He might not want to admit it, but there’s no doubt LeBron chose the wrong LA team.

Related Article:  How Floyd Mayweather Pits NBA Players Against Each Other
-->