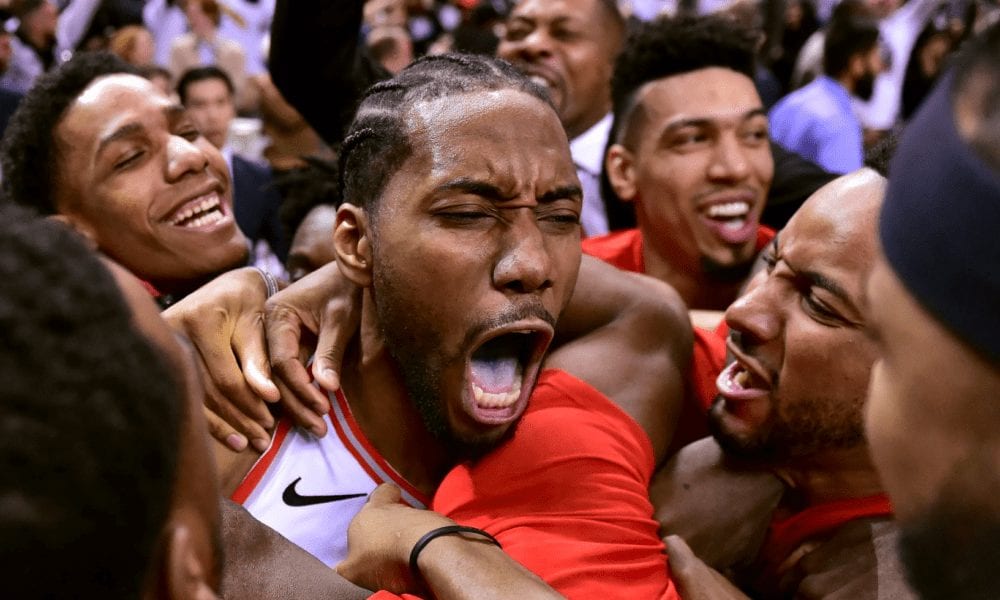 The Sixers-Raptors series was a story of disappearing stars.

But the one constant was Kawhi Leonard.

Leonard scored less than 29 points just once all series, and even then he still managed 21.

Whenever the Raptors needed a bucket, he was there, working his robotic magic.

So it was only fitting that Kawhi put the series to bed, with a tantalising four-bounce game winner no less.

Now he’s up against Giannis, and for basketball junkies like you and I, there could be no greater outcome.

The Blazers are heading to the Western Conference finals for the first time since Rasheed Wallace and Scottie Pippen battled Kobe and Shaq in 2000.

Kristaps Porzingis was left bloodied after getting into a fight in a Latvian club. His attackers were reportedly upset that Porzingis had left the Knicks, suggesting they didn’t understand how trades work.

The Frank Vogel era has arrived in Lakerland.

Warriors owner Joe Lacob has spoken of his determination to keep Steph Curry and Klay Thompson in Golden State for their entire careers.

Kurt Rambis is reportedly operating as the Lakers’ “shadow president”.

Al Horford could opt out of his contract with the Celtics to work towards a new deal.

LeBron James has a take on analytics. As one alert tweeter pointed out in the comments, “if you don’t like analytics, you’re going to love Jason Kidd“.

Adam Silver says the ‘one-and-done’ rule could be abolished by the 2022 draft.