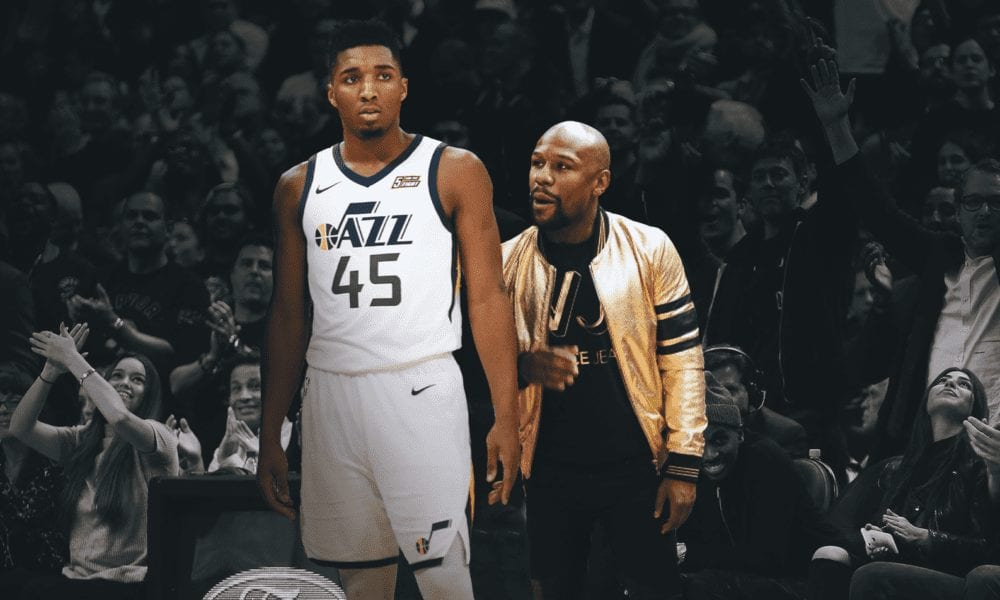 When Floyd Mayweather attends NBA games, he expects to see a show.

Specifically, he wants to see two guys go at each other like they’re two heavyweights in the ring.

And if he feels he isn’t getting what he wants, he chooses two players, pits them against each other, and sits back as fireworks ensure.

“What he does is he tries to gas up two dudes,” Rivers told Complex. “It could be whoever… He’ll be like, ‘Yo, yo, he can’t guard you.’ And that guy will hear, purposely, and they’ll start going at it.

“He’s done that with me on a couple of players. He did that with me and Dennis Schröder—getting us to go at each other. Sure enough, we did.”

Donovan Mitchell is another player who knows all about the Mayweather experience.

Less than a month into his NBA career, Mitchell noticed Mayweather courtside as the Jazz took on the Clippers at Staples Center.

Donovan, a rookie at the time, got a little ahead of himself when he started talking trash to Floyd after catching fire.

“I guess Patty had dealt with Floyd or they knew each other. And I guess Floyd motioned over to him like, ‘Don’t let him do that to you.’ And I didn’t score the rest of the game. Floyd kind of looked at me and shrugged his shoulders, like, ‘Well.’”

Mayweather certainly knows how to manipulate guys to his advantage, inside the ring and out.

Spike Lee could only dream of having that much of an effect on a game.