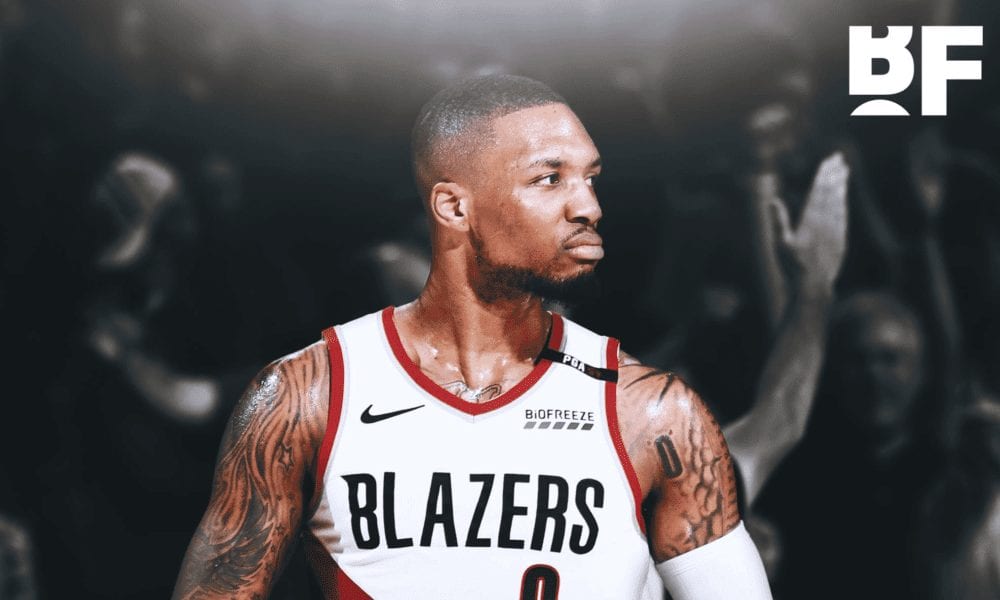 He’d just hit one of the greatest shots of all-time to cap off a series-long performance so spectacular we immediately and shamelessly started selling t-shirts based on it (the true measure of any great postseason performance).

Better still, he wouldn’t have to face the Rockets or Warriors in the second round.

With Denver next in line instead, Dame had a clear path to the Western Conference finals.

But beating the Nuggets has proven to be a tough ask, perhaps a tougher ask than Lillard suspected.

A big part of Portland’s problem is that we haven’t seen the explosive Dame of Round 1.

Lillard averaged 33 points on 48 percent shooting from three in the first round, but that’s dropped to 26 points per game on 25 percent from deep in Round 2.

Part of Dame’s dip in production can be attributed to the tireless work of Garry Harris, who switched onto Lillard mid-series and has done an excellent job ever since.

Harris is an absolute gamer, a fearless defender who gives Lillard zero room to breath and would run through brick walls to stay on his hip.

Back in Round 1, Lillard managed 18.8 points per game at a rate of 0.33 points per possession against Westbrook and Dennis Schroder.

Against Harris and Craig, he’s scoring 17 points per game on 0.28 points per possession.

That might not seem like a big difference, but the Nuggets have also forced Lillard to get his buckets closer to the hoop and from contested volume shooting, rather than killing them with deadly, efficient threes.

Dame has also spent surprisingly long stretches away from the action as CJ McCollum goes to work.

There’s merit to doing that in small doses, with Lillard and McCollum’s willingness to share the spotlight being one of their best qualities.

But someone as gifted as Lillard should never spend extended stretches standing around on the wing.

Related Article:  How Floyd Mayweather Pits NBA Players Against Each Other

Having already dispatched his primary nemesis in the previous round, Lillard is no longer hellbent on destroying one guy in particular, and it’s easy to wonder whether that contributes to his quieter stretches.

Either way, nothing could be less Dame-like than being a bystander in the postseason.

If there was ever a time for Lillard to return to peak-Lillard levels, it’d be in Game 6 on Thursday.

A loss will mark the end of the Blazers’ season, and Dame surely isn’t going out like that.

Especially not at home.

At this point, winning that one is probably just expected of Lillard.

It’s winning Game 7 in Denver that would truly make a statement.