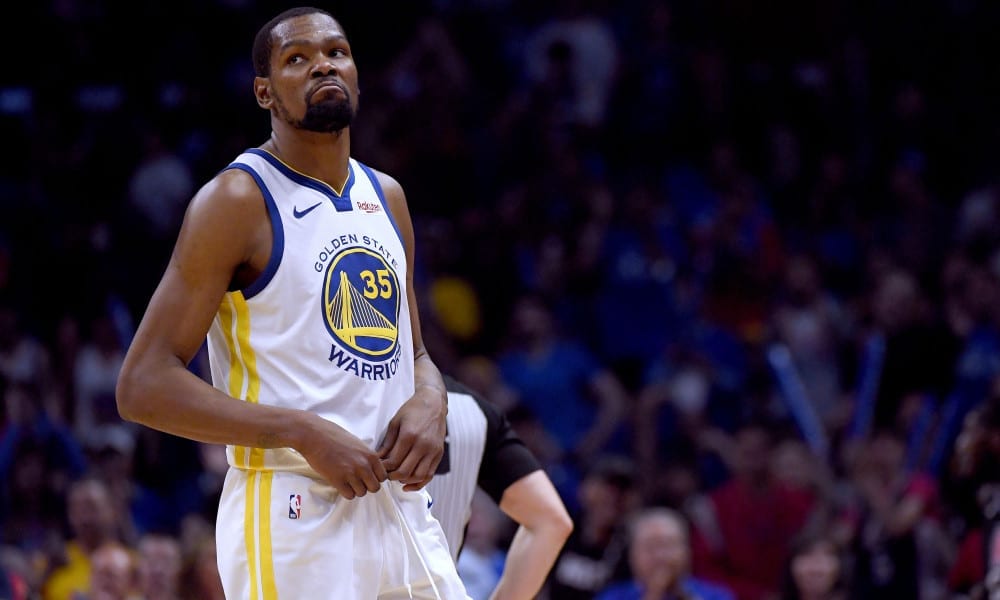 Listen carefully and you can still hear the entire NBA universe breathing a sigh of relief.

Kevin Durant looked for all money like he’d torn his Achilles during Game 5 on Wednesday and the effects would have been both devastating and far-reaching.

The Warriors very well could’ve had their dynasty ended in the cruellest way imaginable.

Even if they overcame the Rockets, they still would’ve had two more rounds to get through without their best player.

And that’s without home court against the Bucks or Raptors in The Finals, not to mention the team-wide emotional toll that traditionally comes with an Achilles tear.

This worst-case scenario also would’ve rubbed Durant out for most of next season, a brutal way for the Knicks to learn that even the best laid plans can go awry.

And then with KD out, would Kyrie Irving – someone who is famously erratic in his decision making – decide to go somewhere other than New York instead?

Does he stay in Boston, providing that franchise with a different future to the one they would’ve had if he was planning to leave?

Thankfully, none if this is reality.

KD only has a calf strain.

So far, he has only been ruled out of Game 6.

And thank God for that.

The Warriors are now the underdogs against the Rockets heading into Game 6, according to the bookies.

ICYMI, James Harden attempted just one shot in the final seven minutes of Game 5 and no one can figure out why.

Frank Vogel will interview for the Lakers head coaching job recently vaated by Tyronn Lue (I’m not sure you can vacate something you never truly occupied, but you know what I mean).

Brad Stevens, always ready to take one on the chin like a champ, says he did a bad job of coaching the Celtics this season.

ESPN’s Chris Herring has uncovered why Joel Embiid falls down all the damn time.

Adam Silver, ever the progressive, wants half of the league’s coaches and referees to be women.