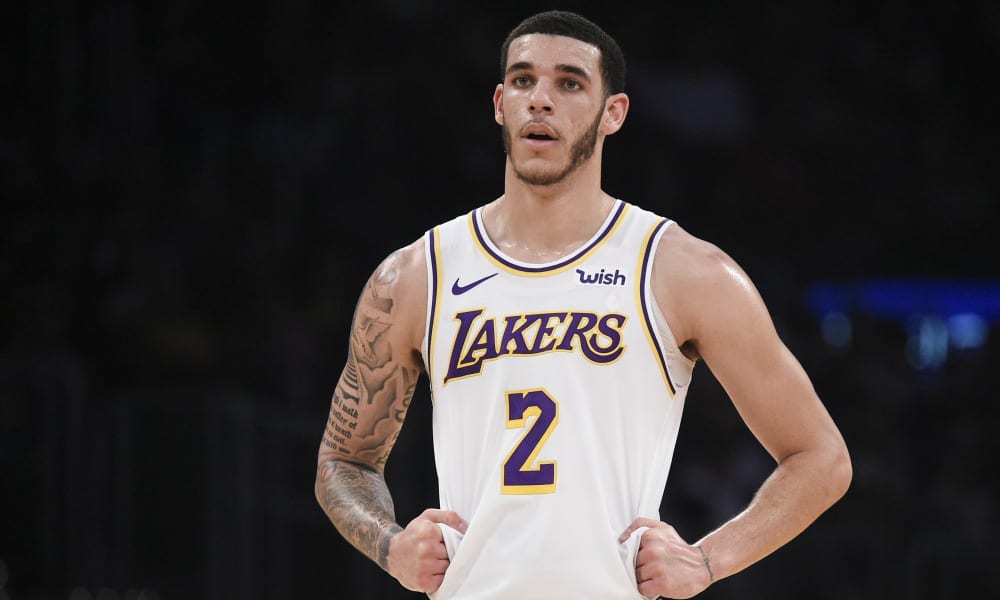 By now you probably know that Lonzo Ball isn’t a huge fan of the whole Big Baller Brand thing any more.

But you probably don’t know all the details, and a lot of them are pretty wild.

Allow me to get you up to speed.

While LaVar was surely the red-hot favourite to cause the inevitable demise of BBB, the company’s downfall can in fact be attributed to someone far worse.

That someone is Alan Foster, a BBB co-founder and a longtime friend of the Ball family.

Foster allegedly stole $1.5 million from the company, leading to a lawsuit, an FBI investigation, the company’s operations being put on hold and Lonzo covering up his awful BBB tattoo with an even worse one.

Lonzo also believes Foster took advantage of the sudden illness of his mother, who had previously managed the financial side of things.

Related Article:  Tyronn Lue Is Heading To The Lakers And 'GM LeBron' Is Alive And Well

Combine that with the fact Lonzo had known Foster since he was 12 years old, and it’s no wonder he’s so upset with everything that went down.

“I’ve known him since I was 12,” he said on HBO’s The Shop. “He was like my second dad. He was way more than that, though. I bought my mom and dad a house, he had a room in there… That’s why I covered the BBB up on my arm. Because when I saw that, I saw him.

“When we looked at the transactions, that shit didn’t start happening until my mom got sick. Because she took care of all the money shit. So, that’s what really hurt me. That shit hurt me. I don’t even know what I would do if I see him right now.”

Breaking the news to LaVar

It was LaVar who first brought Foster into the Ball family’s inner circle and eventually the time came for Lonzo to tell his dad what had happened.

Miraculously, when Lonzo broke the news to him, LaVar actually shut up and listened, perhaps for the first time in his adult life.

“People who see my dad in the media, that’s how they see him, but me, I could tell him anything,” Lonzo said on The Shop. “But that’s the first time I would say that I called him and he literally shut up…

Previously, Lonzo would often just go along with whatever his father was up to.

He never adopted LaVar’s WWE-esque persona, but he also never opted out of his dad’s more ridiculous ventures and public stunts (and at that age, who could blame him?).

But everything changed following the birth of his first child.

“I think when my daughter was born, that’s when it really kind of clicked,” Lonzo said. “Like ‘yo, you gotta start taking control, because now I’m not just doing shit for me… but I’ve got to look out for a little one that’s mine.

“That I brought into the world.’ So I mean, when she was born, I started thinking about it, and then just everything that happened recently with Alan and everything, that’s what kind of woke me up.”

The lawsuit and the FBI investigation

Last month it was reported that after kicking Foster out of the company, the Ball family was filing a lawsuit against him, alleging he stole at least $1.5 million from BBB, while seeking more than $2 million in damages.

The suit also stated that when confronted, Foster was unable to explain the missing money and threatened “to publicly disseminate false and misleading information” about the Ball family.

Lonzo also stated that he’d recently learned Foster was a convicted criminal, with the suit claiming Foster covered up his criminal past and presented himself as an experienced business manager.

Last month ESPN reported Foster was convicted of defrauding more than 70 people of nearly $4 million in 2002.

He was ordered to pay back most of the money and was sentenced to seven years in jail.

And if all that wasn’t enough, the FBI is also investigating Foster, according to the Los Angeles Times.

There’s no telling when the investigation and lawsuit will conclude, but the results from both certainly have the potential to be pretty explosive.