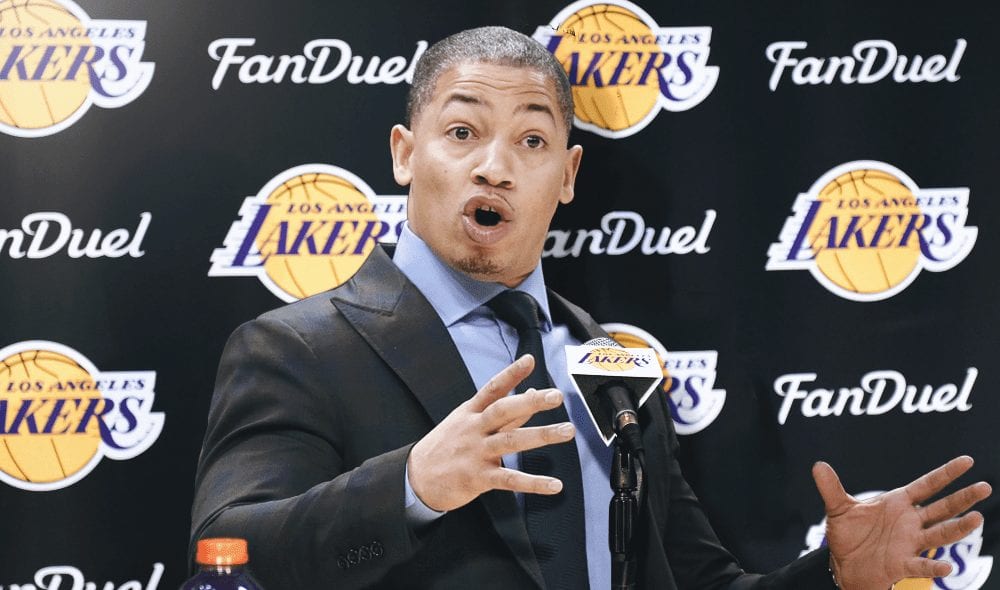 But with Tyronn Lue’s hiring now imminent, according to Adrian Wojnarowski and Ramona Shelburne, it certainly appears that LeBron James is playing a significant role behind the scenes, just like he did in Cleveland.

And while sceptics might suggest it was always Lue’s job to lose, the Lakers granted Williams a second interview and flew a sizeable – and possibly even excessive – contingent out to Philly to meet him.

Although Lue wasn’t always a lock for the job, there’s little doubt that his relationship with LeBron – which LeBron seems to enjoy in part because he can treat Lue like substitute teacher – was a major factor in the Lakers’ final decision.

Additionally, Jeanie Buss always seems to value the opinions of those with starpower, regardless of whether or not they’re at all qualified to be making or influencing major decisions.

The question here is whether James is worth bending over backwards for as he approaches 35 years of age and looks back on what was an incredibly disappointing season by his standards.

LeBron has been worth the trouble for 15 years, but he was always going to present serious problems in his older age when his game no longer justified his demands.

Unfortunately for the Lakers, that moment might have arrived almost immediately after they signed him.