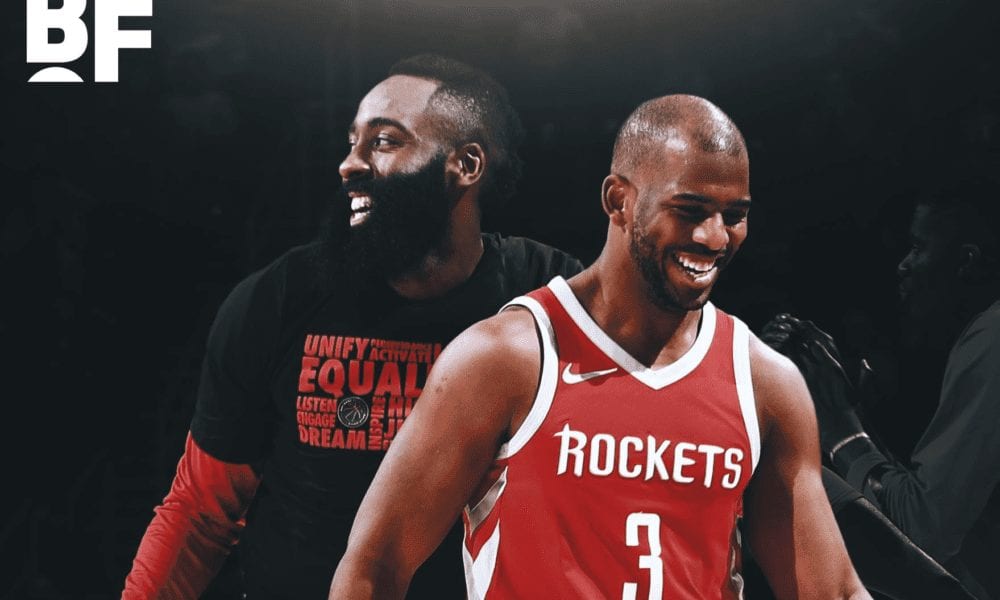 James Harden and Chris Paul think about the game on a different level, and they speak about it completely differently too.

Harden and Paul communicate so differently, particularly with each other, that as far as their baffled teammates are concerned, they might as well be speaking a different language.

“When you’re that good, you’re not that good just because of talent,” Austin Rivers said, per the Houston Chronicle.

“Their IQs are through the roof. They see things a lot differently than most players do, and a lot of times when they talk about things guys are scratching their heads like, ‘What are they talking about?'”

Those conversations can also get pretty heated, but according to Rivers, it’s those moments which highlight how good their relationship really is.

“That’s the most impressive thing about their relationship, they both like bouncing ideas off of each other,” Rivers said.

“Even when they butt heads it’s a good thing, because they’re both doing it for the greater good. They’re both extremely competitive, and that’s fun to watch.”

It’s easy to forget that when Paul first joined Harden in Houston two years ago, there was league-wide scepticism about how well they would play together.

The thinking was that they would struggle to co-exist because they were both so ball dominant, but those assumptions were underestimating both players’ basketball IQ.

If you’re smart enough, you can make almost anything work.