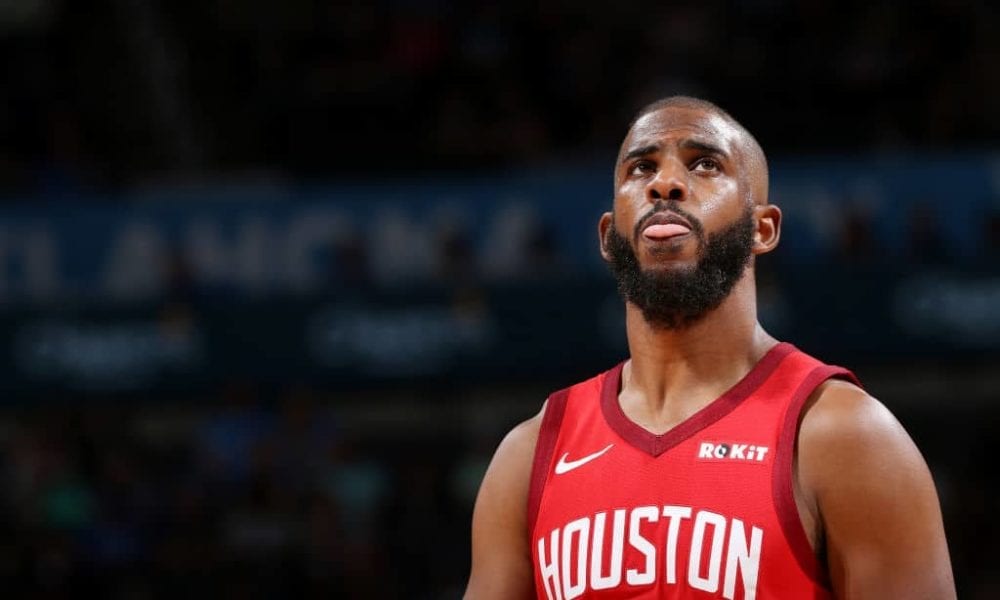 If you’ve always been a Chris Paul guy like I have, you remember how truly dominant he used to be.

In his prime New Orleans years, Paul did some of the greatest things a point guard has ever done.

In 2007-08 in particular – also known as the year Paul should have won MVP over Kobe – he had one of the greatest seasons a point guard has ever had.

But this year it’s been more evident than ever that he’s in a completely different phase of his career.

We shouldn’t be surprised by the difference 10 years makes, but it can jarring to watch nonetheless.

Paul started the season looking like his game had fallen off a cliff.

He eventually turned it on later in the season, and then struggled again for stretches in the playoffs.

He’s shooting just 26 percent in the postseason so far and just doesn’t have the same pep in his step.

It’s not even a stretch to say Eric Gordon has overtaken him as Houston’s second-best player across the playoffs.

Against some teams, that wouldn’t be the worst thing in the world.

But Paul can’t afford to show his age just yet, not against these all-encompassing Warriors.

If there was ever a time for a quick dip in the ol’ fountain of youth, that time would be now.

Tyronn Lue celebrated his birthday with a Lakers-themed birthday cake (how else?). His move to LA isn’t official, but it’s the worst kept secret in the league at this point.

Ja Morant has labelled himself a “point god”. Once he gets over his shyness this kid is going to be alright.

The Warriors are preparing for ‘possibly seismic change’ this summer, according to Woj.

The Pistons will consider signing Derrick Rose next season.

Lonzo Ball has some thoughts on the BBB fallout.

Pascal Siakam is having one hell of a postseason.

Related Article:  In Their Own Words: The Night Allen Iverson Stepped Over Tyronn Lue
-->