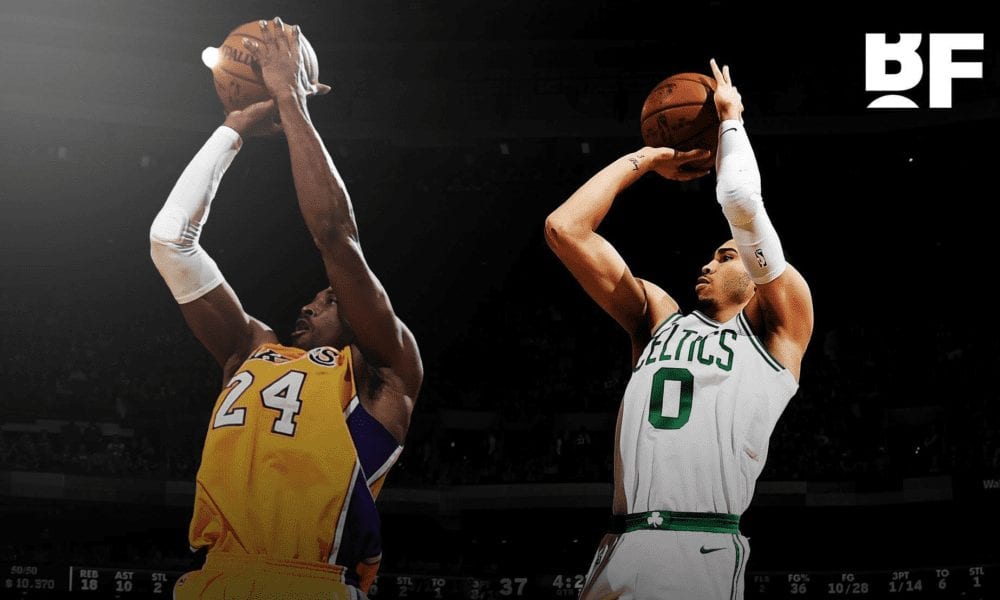 Is it possible that Kobe Bryant is a corrupter of young minds?

Those who follow Jayson Tatum and the Celtics must have thought so for much of the season.

You may recall that Tatum, as a rookie faced with immense postseason pressure last year, was far better than he had any business being.

But what made him particularly valuable was not just his scoring, but his ability to play within the flow of the offence and choose his shots wisely despite being so inexperienced.

Then came that famed offseason workout with Kobe.

That was when Bryant told Tatum this:

“Shoot it every time. Pass if you have to. But if not, shoot it.”

Tatum, who has idolised Bryant since childhood, certainly seemed to take that advice to heart when his second season began last October.

The Celtics sophomore was suddenly a sucker for fadeaways, midrange jumpers, contested shots and long twos (everything that makes modern-day coaches and data nerds throw up in their mouths, basically).

He also took an extra three shots per game on worse shooting – including an extra three despite a 6.1% drop-off from that range – and attempted five percent less of his shots at the basket.

Inefficient play was always the fear with Tatum, but hilariously, he was never that way in Boston until he crossed paths with Kobe.

And after embracing Kobe’s ‘shoot at all costs’ mentality, he has been an objectively inferior version of himself.

Tatum is slightly limited by his strength and handles, but that didn’t matter as much when he was playing smart basketball.

The good news is he was much more efficient against the Pacers in Round 1, averaging 19.3 points on 51 percent shooting.

Even I wouldn’t go as far as blaming Kobe for that entirely, and that would also be doing a disservice to Khris Middleton and his outstanding defence.

But if the Celtics are going to reach their lofty ceiling, they need Tatum to move past his general struggles and Kobe-esque mentality altogether.