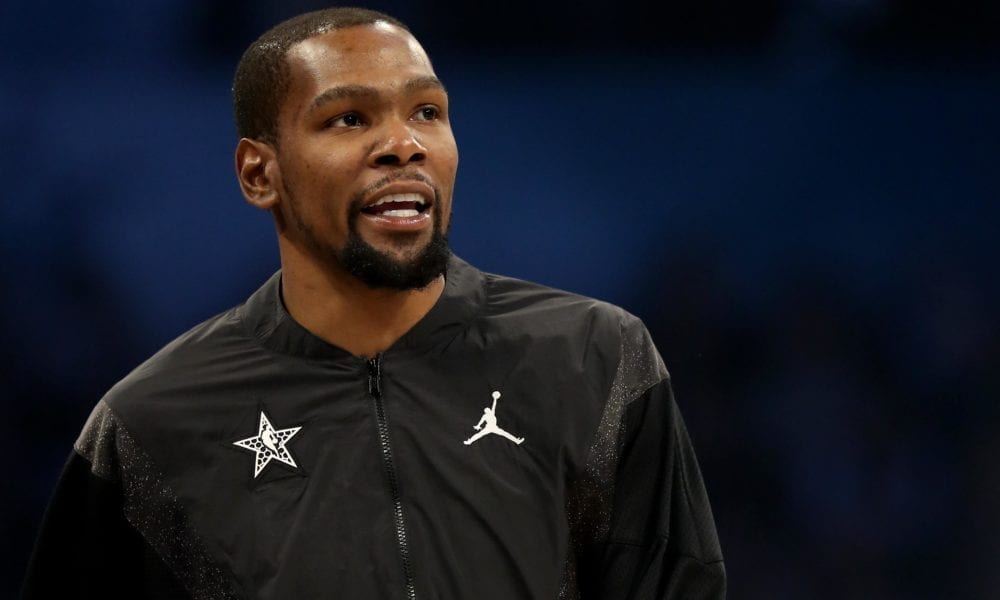 The Knicks reportedly have a bold idea to sweeten the pot for Kevin Durant and bolster their TV network’s ratings at the same time.

If Durant makes the move to New York this summer the Knicks could give Durant his own TV show, according to the New York Post’s Marc Berman.

Just to be clear, it’s not a sitcom we’re talking about.

Like player-driven shows that have come before it, it would likely take place in an interview setting.

That follows The Athletic’s Ethan Strauss reporting that “insiders around the league think Kevin Durant is leaving the Warriors for the Knicks”, The New York Times’ Marc Stein writing “the threat of the Knicks persuading Durant to leave one of the most dominant teams in league history has never felt more real to the Warriors themselves” and Bleacher Report’s Howard Beck claiming one executive told him Durant had already informed the Knicks he’s coming.

It would hardly be shocking if the TV show was already locked in too.