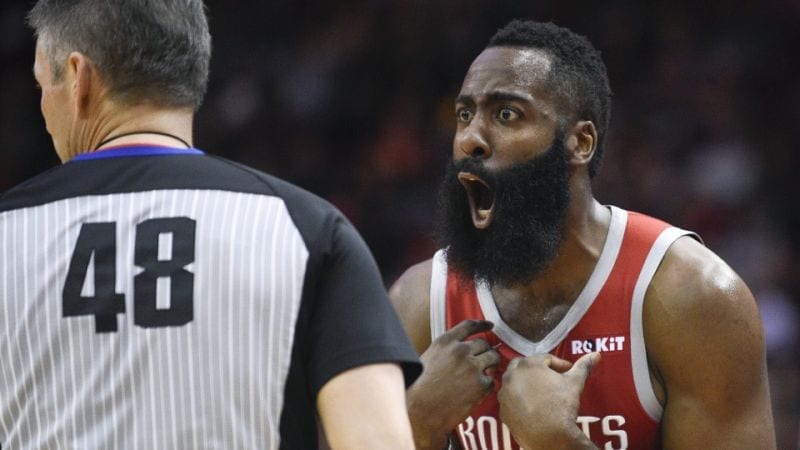 It’s been well over 24 hours since the Rockets-Warriors series opener concluded and yet Houston’s relentless whinging about the refs has not abated.

If anything, it has only intensified, specifically in the form of an exhaustive audit by the Rockets which was obtained by ESPN on Monday and identified 81 potential missed calls and non-calls in last year’s Western Conference finals.

That’s right, we’re not even talking about this year’s series, this is all about Game 7 from last year.

The audit was packaged with a rather intense memo, which according to Zach Lowe and Rachel Nichols, claimed “referees likely changed the eventual NBA champion” and that “there can be no worse result for the NBA”.

As a result, the general ill will towards the Rockets couldn’t be much higher, as fans and media members alike roast Houston for their near-unprecedented pettiness and insistence on blaming the officials.

Here are some of the finest examples:

The Rockets wrote this memo ostensibly for the league, but never sent it, and instead communicated all of this data-intensive report via a meeting? And then the memo gets leaked to the media. So they basically wrote this memo for the media.

Not sure if this is more embarrassing for the league or Rockets being the first team to perform an audit lol https://t.co/x7XqukY5U7

Houston’s game is just ugly, iso, flopping basketball. It’s just not fun to watch. Their entire gameplan is predicated on relying on bad officiating. Them whining about the officials is ironic and thirsty. No horse in this race, but just a tough team to pull for as a big NBA fan.

Combine this whole Twitter-fuelled shitstorm with recent digs from Steve Kerr and Daryl Morey, and things couldn’t be spicier ahead of Game 2.