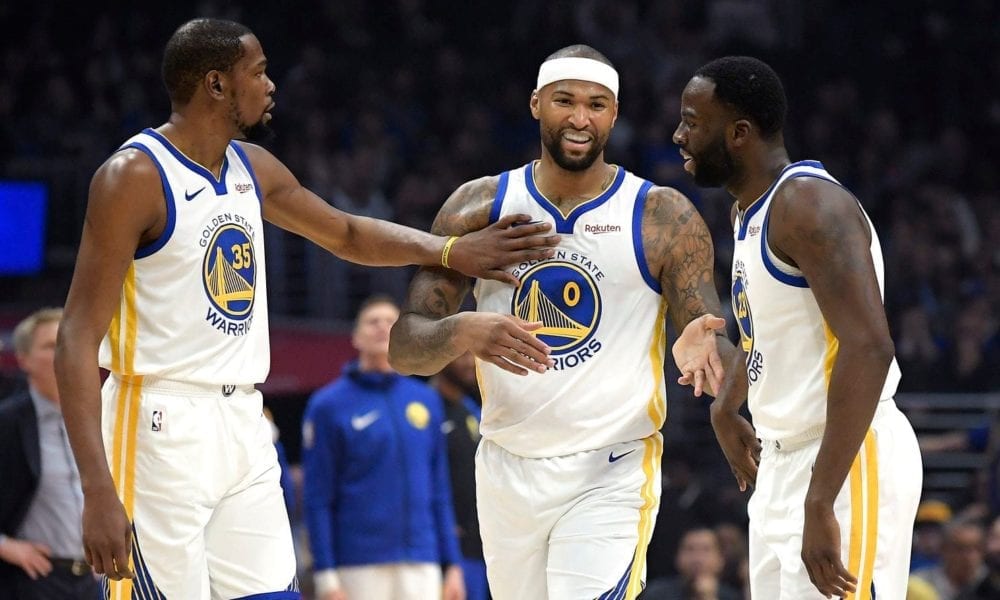 Kevin Durant leaving the Warriors seems like an even safer bet than widespread bloodshed in the Game of Thrones finale.

But there are multiple signs pointing towards the Warriors losing more than just KD.

Let’s take a look at who else might leave and why.

This was only ever meant to be a one-year stint for Boogie.

The plan, of course, was to prove he could still play after tearing his Achilles and then chase his big payday this summer.

He might still be hoping for that, and there could still be a team out there willing to take a chance on him.

Those chances are admittedly much lower now that he’s injured again, but there’s certainly no guarantee Boogie is a Warrior next year.

Having taken a pay cut on his last contract in 2015, Draymond Green has made it known he won’t do the same this time around.

At 29 years of age, this could be Green’s one and only chance to sign a truly monstrous deal.

As a result, he never intended on signing an extension with the Warriors, choosing to pursue a max deal in the summer of 2020 instead.

But if Golden State felt Green was likely to command significantly more than they would want to pay for a near 30-year-old forward who figures to age poorly, they could flip him for something else this summer.

It’s worth noting the Warriors will want to see what happens with their 2019 free agents – Durant, Cousins and Thompson – before they do anything with Green.

They may figure it’s worth risking losing him for nothing in 2020 if holding onto him means they can make another deep push.

But even that could change if they have the opportunity to flip him for someone who can help right now.

OK, Klay leaving seems unlikely, but there’s at least a chance he’s thought about signing with the Lakers, playing in his hometown for the league’s most glamourous franchise and following directly in his dad’s footsteps.

But even if Thompson stays and Durant, Cousins and Green depart, Steph and Klay’s best teammates would be Kevon Looney, Shaun Livingston and a 35-year-old Andre Iguodala.

Any team with Curry and Thompson will be competitive, but it there’s a very real chance the Warriors’ dominant reign will soon finally be over.