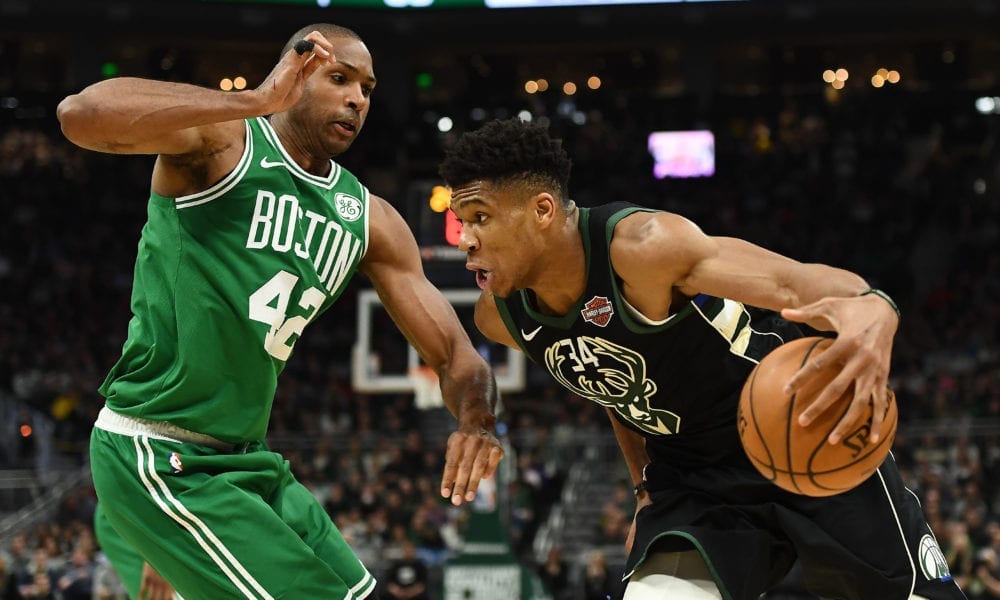 After getting to the rim for an emphatic and-one bucket earlier in the playoffs, Giannis Antetokounmpo thumped his chest, glared at the crowd and declared he was “fucking unstoppable”.

But in Game 1 of Milwaukee’s second-round series against Boston on Sunday, Al Horford made a liar out of him almost immediately.

Antetokounmpo has made a living from bullying his way to the rim but Horford did an incredible job of stopping him in his tracks.

Every time Giannis made a move, not only was Horford right there in front of him, he refused to be moved, displaying the perfect combination of speed and strength to become the immovable object to Antetokounmpo’s unstoppable force.

A lot of what makes Horford invaluable is the unglamorous stuff that goes unnoticed by the casual fan, but on this night he also had an eye for the dramatic, blocking Giannis on three occasions (and twice on the same play).

The Celtics big man could’ve taken a back seat on the offensive end and everyone would’ve been more than okay with it.

And yet he put up 20 points anyway, his baskets unsurprisingly coming from carefully selected shots within the flow of the offence.

He still conceded 22 points to Giannis, but don’t let that number fool you into thinking the Bucks star had a passable game.

He made just four two-point field goals all night and shot 7-21 overall as the Bucks suffered a shocking 22-point loss at home.

#Giannis didn't bring his A game to the Boston Celtics.

Giannis did mange three triples, but his five attempts from long range felt more like a concession that he couldn’t easily get to the rim than anything else.

Crushing teams in the regular season and in the first-round is one thing, but these Celtics are a different animal.

Giannis is clearly good enough to figure things out, but if he can’t do it immediately when the series resumes on Tuesday, it could become too late.

Related Article:  Why Kawhi Leonard Is Always Such A Nightmare For Ben Simmons