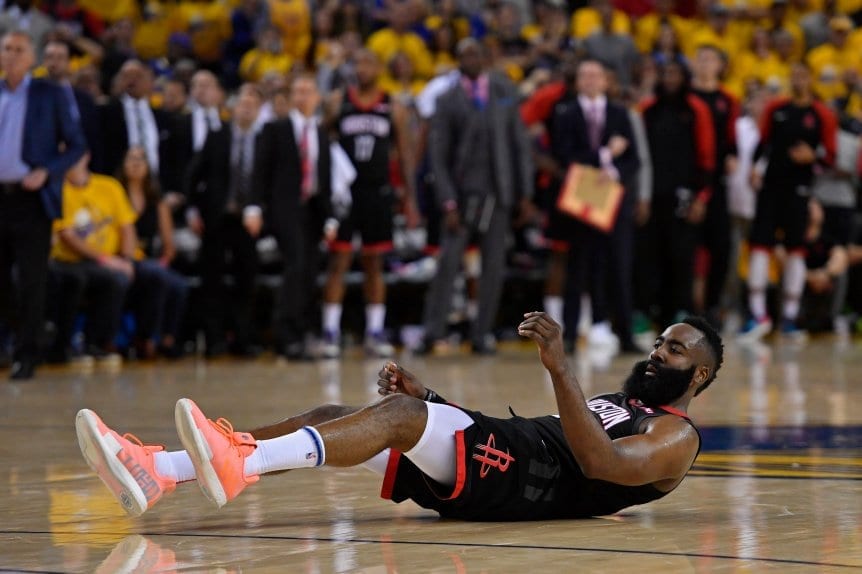 What a mess we still find ourselves in almost 24 hours after Game 1 of Rockets-Warriors wrapped up.

Players, coaches and fans on both sides are furious, so let’s quickly recap why:

The Rockets are pissed off because they believe they were being fouled on three-point attempts (and deprived of any space to land) without getting calls from the officials. That includes James Harden’s would-be game-tying shot with seconds remaining.

The Warriors are pissed off because of what they perceive to be unfair treatment of Steph Curry.

The NBA has since ruled that James Harden was not fouled on his late three-point attempt.

Houston then came forward with research which they believe proves the Warriors are receiving an unfair advantage from the officials.

If that wasn’t enough, the Rockets also believe the refs cost them the championship last year.

And to top everything off, Steve Kerr then flopped at the start of his Monday morning press conference after baiting an unsuspecting reporter into a foul.

This series is already something else, and we’ve only played one game!