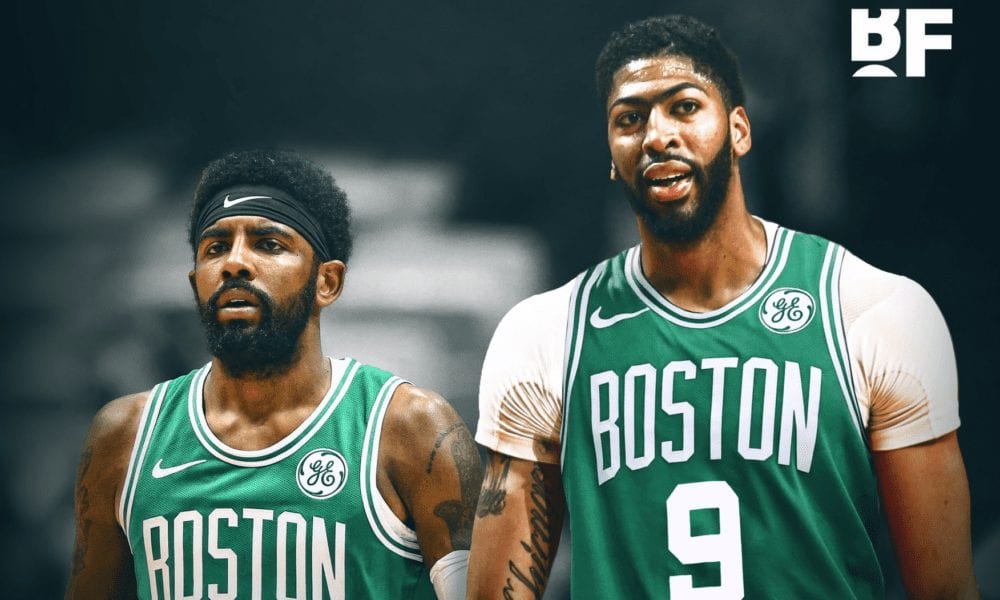 Even as the Celtics progress to the second round of the playoffs you can safely assume everyone in Boston’s front office still has Anthony Davis firmly on their mind.

It’s always about the next move for NBA execs and Davis is by far the Celtics’ biggest (and most realistic) prize this summer.

Not only is there no lingering animosity, but David Griffin, who last week was hired to run New Orleans’ basketball operations, has an excellent relationship with Celtics general manager Danny Ainge.

Griffin got his start in the NBA as a video intern for the Suns when Ainge was coaching in Phoenix.

The two have maintained a great relationship ever since and that can only be a good thing when it comes to Anthony Davis trade talks over the summer, as Griffin alluded to on The Jump this week.

“What makes the situation with Danny unique is we have the type of relationship where we can really call each other on all that nonsense and just sort of go, this is what it looks like,” Griffin said.

“Because we have that ability it makes any conversation we have along the way, a fruitful one.”

Combine that with Boston being able to offer a better package than LA, headlined by Jayson Tatum, and things are looking pretty promising for the Celtics.

Griffin added he would do everything possible to convince Davis to stay, but did also say “you’re either all in or you’re all out”.

Assuming Davis is still “out”, the Celtics certainly appear to be in the box seat.