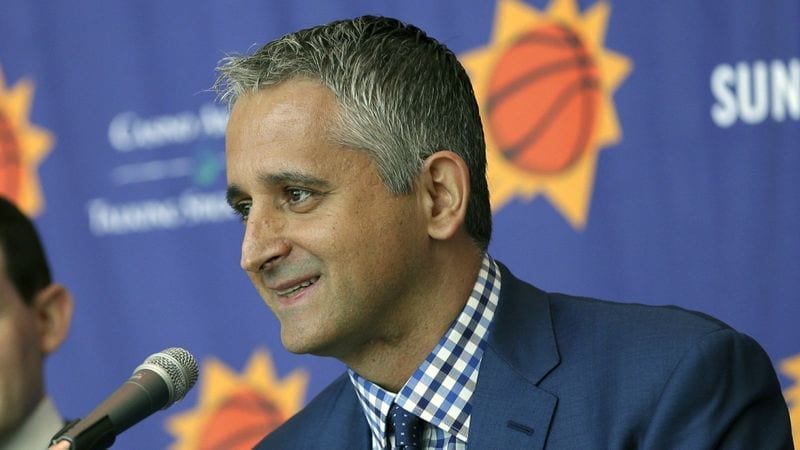 Welcome to the Phoenix Suns, where everything’s made up and the coaches don’t matter.

That’s really is how it feels, that everything at the Suns is made up on the fly and that swapping out the coach each year is an assumed, automatic process.

Naturally, Phoenix have fired their coach Igor Kokoskov after just one season.

Kokoskov did the best he could with limited talent and a chaotic front office, and was their seventh coach in 11 years

Imagine what all these coaching changes must be like as a player.

Devin Booker, for example, has had four coaches, with four vastly different approaches, in four years.

And with Robert Sarver still running the show as owner and James Jones (a classic Sarver hire) promoted to permanent GM, it’s hard to see things changing any time soon.

In other Phoenix news, the Suns have expressed interest in hiring Monty Williams. Proceed with caution, Monty.

Clint Capela has been fighting two respiratory illnesses during the Rockets’ first-round series with the Jazz.

An HBO series about the Showtime Lakers is in the works.

They were never going to match the star power of the season just gone, but Duke is still looking pretty damn good for next year.