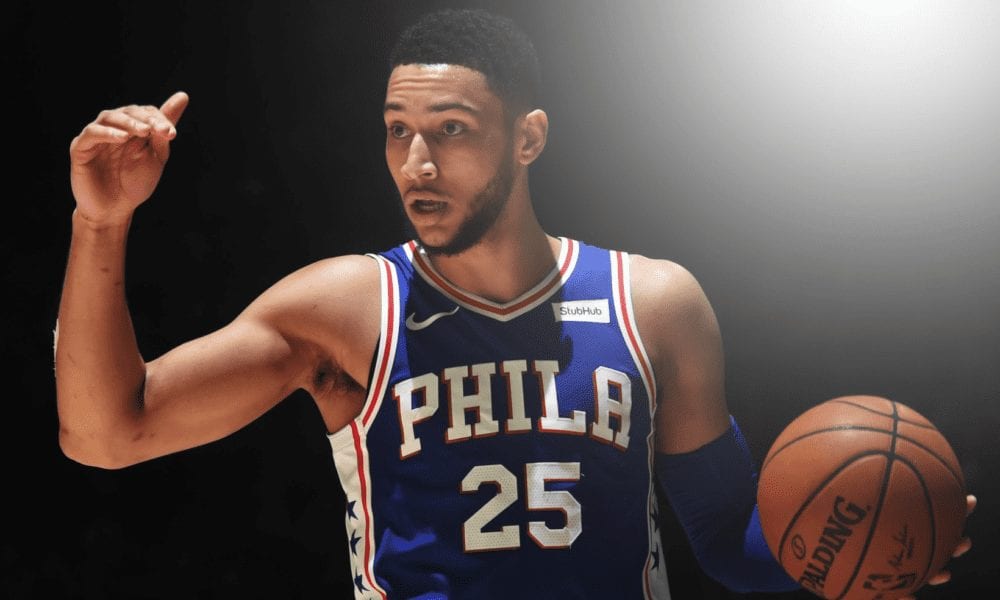 Beyond Sixers fans being innately insane, there was a powerful reason behind the boos that washed over Ben Simmons during Game 1 on Saturday.

Philadelphia natives feel incredibly strongly about Simmons, not just because of his inability (and subsequent refusal) to shoot, but because his play is tied so closely to his team’s success.

When Simmons isn’t doing Ben Simmons things, it’s almost impossible for his team to forge ahead without him.

They say idle hands are the devil’s workshop, and an idle Simmons might be equally troubling.

That’s because when he isn’t attacking, he’s usually hovering around the block and clogging the lane.

That allows Simmons’s defender to turn his attention to more immediate threats, or even multitask by defending both him and the rim with relative ease, knowing they’ll only have a few feet to travel should they need to hastily recover.

That was the Simmons we saw in Game 1, the one who finished with just nine points, seven rebounds and three assists on 4-9 shooting.

Brooklyn paid his jumper maximum disrespect, standing right back and barricading the paint, and as a result he abandoned many of his usual forays into the paint.

The end result was disastrous spacing for the Sixers and a stagnant offence which primarily consisted of Jimmy Butler generating second-chance points through sheer force of will.

By declining to drive the lane and make things happen for his teammates, Simmons was just getting in everyone’s way, occasionally actually bumping into his own teammates.

But in Game 2, he stopped fretting about Brooklyn’s tactics and the barricade they’d formed around the basket.

He drove the lane with reckless abandon anyway, backing himself to go through (or over) that wall.

When he wasn’t finishing at the rim, he was opening things up beautifully for his teammates on his way to 18 points, 12 assists and 10 rebounds.

One on hand, it looked as if Simmons had been fuelled by those boos from 48 hours earlier.

And yet, in a way, it looked like the exact opposite, like he wasn’t playing to please anyone else.

Instead, he seemed to revert to his natural instincts, playing exactly how he would have as a kid, when no one was watching, let alone booing.

In Game 2, he was everything he was not in Game 1.

And by extension, so were the Sixers.

It was certainly an encouraging turnaround, but the Simmons postseason disappearances of this year and last will remain somewhat concerning until he can convince us they truly no longer matter.

His one-point outing against the Celtics last postseason remains difficult to forget, as does his inability to find a groove for most of that series.

But all of this is more of a natural hurdle that comes with youth, as opposed to any sort of roadblock.

Simmons is only 22, and he’s already an All-Star.

As long as these playoff woes become the exception and not the rule, he’ll be just fine, and so will the Sixers.

Related Article:  Don’t Get Too Carried Away. Trae Young Isn’t The ROTY.
-->